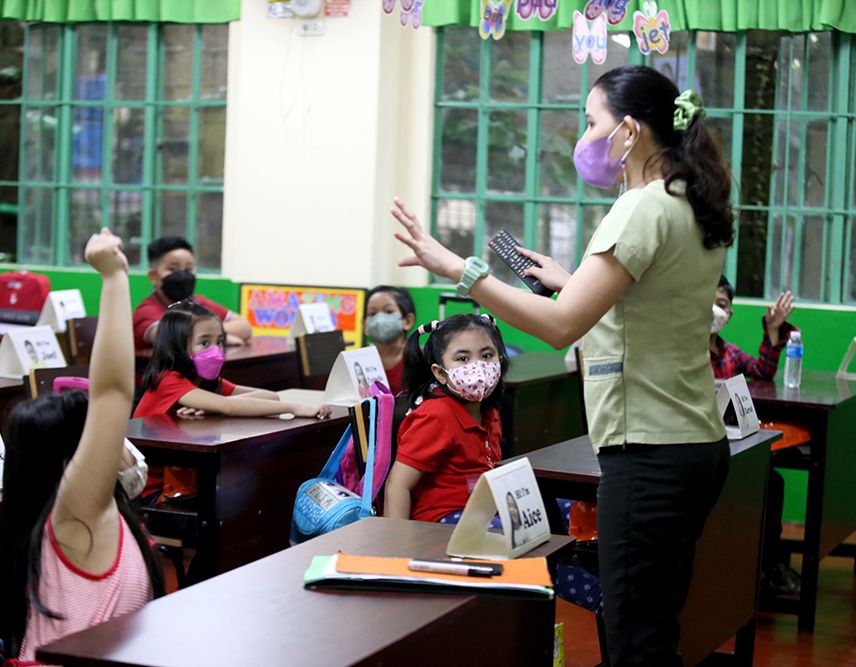 By Maria Dolores A. Diño | Freelance Writer And Contributor

World Teacher’s Day is celebrated on October 5. It is the time when we give honor to teachers who have become pillars of the second home of children in their school of learning.

At one point in my life, I became a teacher. Though it was short-lived, it was one of my greatest accomplishments in life. I felt accomplished knowing that I took part in molding my students’ lives to become future cornerstones of the nation.

I was once told that teaching is not just a job. Teaching is a calling, a vocation. The same way that Jesus, the Messiah, was a teacher. Christ, the Savior, taught us the way to the truth in life.  In Mark 1:22, we read, “The people were amazed at His teaching, for He taught with real authority–quite unlike the teachers of religious law.”

Sacrifices
Teachers are called to be teachers. Their sacrifices entail a big responsibility in shaping the future of children and society.  More often than not, teachers here in the Philippines are one of the most under-appreciated and overlooked professionals. Teachers spend more on teaching materials than their salaries. They walk through mountains and rivers to reach their students who live in far-flung areas. They also create makeshift classrooms for a better learning environment.

When the pandemic hit, teachers found creative ways for students to learn effectively. For example, teachers resorted to using radios and walkie-talkies to reach students from mountainous regions with weak internet connections.

The best form of appreciation teachers receive is seeing what the students become outside the classroom walls. As a student, one of the memories that have left an imprint on me is when the teachers believed in me and in what I can do. There would be contests and the teacher would choose me to represent the class.

The teacher also chose me to receive an honor award. Simple things like these have made a good impact on me because later on in life, I chose to remember those who have given me a positive outlook on myself. Believing in one’s self is one of the most important lessons a teacher can impart to a student.

When my grandparents passed away, my teacher understood my grief. Even without saying a word, I knew what it felt like to have someone who can empathize and be there for you.

Not An Easy Task
When I became a teacher, I knew right off the bat that it would not be an easy task. It involved having heavy duties in another person’s life. I learned about the daily lives of my students, their situations, and their concerns. There were those who came from broken families, those who were raised by their grandparents or other relatives, those who worked to make ends meet, and those who were in abusive relationships. Aside from being their “Ma’am” in the classroom, I had to become a “Mom” to them.

I caught a student cheating on an exam. At first, I wanted him to admit to his own mistake. I gave a “lecture” to the whole class. Without mentioning names, the students quietly listened. After a few days, he finally came up to me and confessed that he was the student caught cheating in the exam.

As a farewell note, I told him that he should not repeat that mistake. In life, either you live an honest life or you become part of those who “break the system” of society.  These students would one day become the functional members or leaders of the country. We have to start teaching them to live truthfully while they are young. The lessons we leave them with today are going to affect the way they will live their lives someday.

To be a teacher is more than a job, it is a vocation. The school is a second home, and teachers are second parents. Education shapes the child’s life and is part of the foundation of a nation. It is specified in Matthew 28:18, Jesus came forward and addressed them in these words: “Full authority has been given to me both in heaven and on earth.” In the same way that Jesus was the Messiah, the Teacher, He instructed His apostles to “go and make disciples of all the nations.”

Criticism of Facebook increased in 2021. Frances Haugen, a former product manager at the company, revealed that Facebook has put “astronomical profits before people,” and people have been abused and…

Golden Jubilee of the Little Brethren of Mary

Founded on July 2, 1971 by Fr. Antonio Piacentini, MCCJ, the Little Brethren of Mary celebrate this year their golden jubilee anniversary. They share with us in this article the history of the…