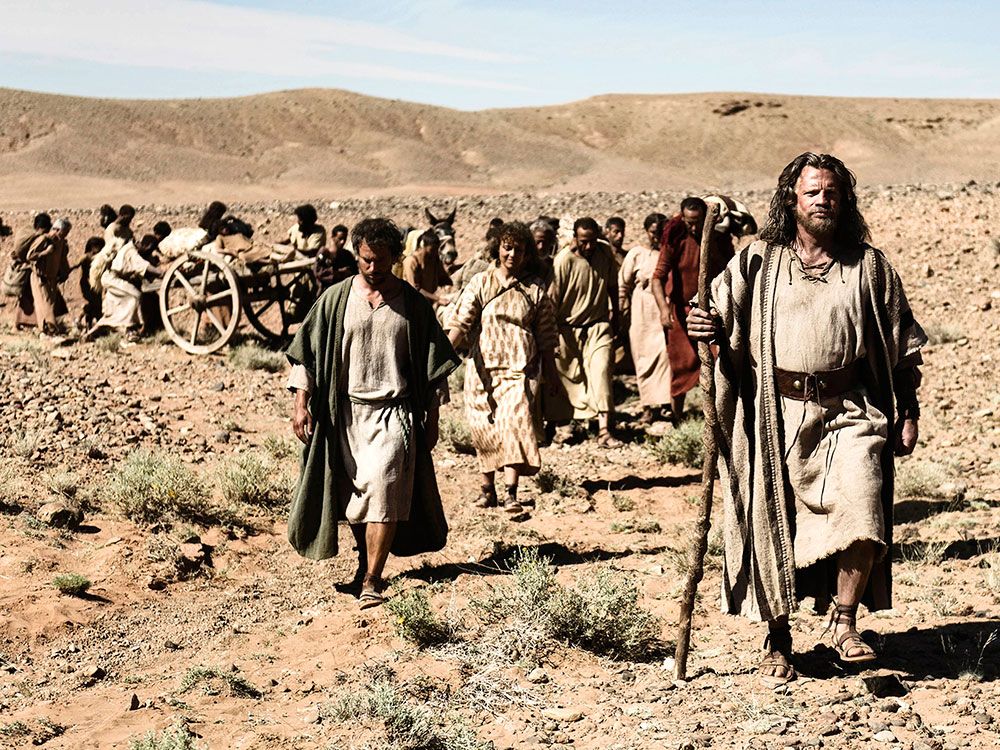 Concern for justice towards the poor and the vulnerable, such as widows and orphans, foreigners and refugees, is at the heart of God’s covenant with His people. Jesus reaches out to the marginalized of His time, including foreigners, with whom He found hospitality.

The Book of Exodus is considered the foundational epic of a people who, as foreigners, had experienced the liberation from oppression in alien land. The people of Israel would celebrate the memorial of this event in their worship in the Temple of Jerusalem, in their synagogues and in their homes. There is a well-known text in Deuteronomy 26:5-9 which has been labelled by scholars as a “brief historical Creed.” The text reads:

”A wandering Aramean was my ancestor; he went down into Egypt and lived there as an alien, few in number, and there he became a great nation, mighty and populous. When the Egyptians treated us harshly and afflicted us, by imposing hard labor on us, we cried to the Lord, the God of our ancestors; the Lord heard our voice and saw our affliction, our toil, and our oppression. The Lord brought us out of Egypt with a mighty hand and an outstretched arm... and He brought us into this place and gave us this land..”

This text shows that the people of Israel considered their existence very much defined by the migratory experience of their ancestors. As a matter of fact, the ancestral stories in the Book of Genesis (12-50) depict the ancestors, starting with Abraham, as people migrating from Mesopotamia to Canaan and then within Canaan itself moving like half-nomads from one place to the other, at times forced by the struggle for survival to seek better pastures. Moses himself, his offspring, and, in his role of leadership as God’s appointed instrument of liberation, became a political refugee in the land of Midian where he is welcomed by people foreign to him. This status he wanted to perpetuate in the name he gave to his firstborn son Gershom: “I have been an alien residing in a foreign land” (Exodus 2:22).

The land of Canaan where the liberated slaves finally settled was itself a land in which power and riches were concentrated in the hands of small elite of privileged people, making up 5 % of the population. Hence, in this relatively small land made up of a number of city states, the struggle for liberation and justice had to continue, in the name of God of the exodus.

The land was located in those areas of the Middle East where people in our very days are grievously suffering from wars caused by local agents and international players and forced by destruction, devastation and many other kinds of violence into becoming refugees. Similarly, Ancient Israel was a land squeezed in between Great Powers in the North (Assyria, Babylon, Greeks) and the South (Egypt) and became, throughout its history. victim of invasions, exploitation and oppression by powerful empires. It was a land where the poor, both foreigners and natives, fought for survival.

Concern for the poor

Concern for justice towards the poor and the vulnerable, such as widows and orphans, foreigners and refugees, was what the Lord, the Liberator God of the Covenant, expected from His people. Just like widows and orphans, aliens must not be exploited. This command is motivated with reference to Israel’s own experience of foreigners in the land of Egypt (Exodus 22:20-23). The right of the poor must not be bent through corruption and unjust practices. Israel’s own exodus experience forbids the oppression of the alien (Ex 23:9): “You shall not oppress a resident alien; you know the heart of an alien, for you were aliens in the land of Egypt.”

It was within a wide-ranging social-legal tradition that concrete rules concerning communal practices for the protection of the poor and aliens were formulated: the owners of fields, of vineyards and of olive orchards should allow those who do not have enough food to glean from their crops (Exodus 23:11; Deuteronomy 24:19-22). The covenantal relationship established by the Lord with Israel—an idea central to the Book of Deuteronomy—determines the relationship not only among the members of the covenantal community but, at the same time, the latter’s relationship with foreigners. Thus we read in Deuteronomy 10:17b-19:

“For the Lord your God... is not partial and takes no bribe, He executes justice for the orphan and the widow, and loves the strangers, providing them food and clothing. You shall also love the stranger, for you were strangers in the land of Egypt.”

The verb “to love” in the Book of Deuteronomy describes the relationship of the covenantal people with their God: “You shall love the Lord your God with all your heart...” (Deut 6:5) and to one another. The Lord, who takes the initiative in choosing Israel, gives the stranger a share in this same love He shows for His people.

Love for the stranger is God’s will as well according to the priestly legislation in the so-called Holiness Code in the Book of Leviticus (Chapters 17-26). This mixed collection of a great variety of rules concerning worship and social involvement derives from the time when the Jews were in exile, living in foreign land, traumatized by the past experience of destruction, violence, deportation and flight. Unjust discrimination against the “stranger” is rejected, to provide social care for the poor is a mandate underlined by the self-presentation formula on the lips of God: “I am the Lord, your God” (Lev 19:9-10). Incisively, Lev 19:33-34 states:

The rule that holds for the relationship between the members of the Jewish religious community (Lev 19:18: “You shall love your neighbour as yourself”) is without restriction applied to the relationship with aliens. Twenty years ago when refugees started flocking in into west-European countries, E.S. Gerstenberger, a German biblist, commented on this text from Leviticus as follows: “How much are our national states lagging behind this declaration! The foreigner living in the land is put on an equal footing with the native. You, the native, shall love him!”

It is important to read the manifold laws concerning the relationship of the members of the Jewish religious community among themselves and with the aliens in the light of the over-arching command with which the chapter begins: “You shall be holy, for I the Lord your God am holy” (Leviticus 19:2). The entire life of the community, in its diverse manifestations, is to be oriented toward the Holy One. To be holy for Israel implies an attitude that makes it possible for them to enter into the presence of God. This certainly includes a just social and moral behavior that does not exclude the foreigner. We find this confirmed by the words of the prophet Jeremiah to the people who come to worship in the Temple: “If you do not oppress the alien, the orphan and the widow…then I will dwell with you in this place..” (Jeremias 7:6-7).

“To love the alien as oneself” assumes even greater depth and urgency in the light of another text ascribed to priestly tradition which deals with the creation of human being (Gen 1:26-27): “God created humankind in His image; in the image of God, He created them; male and female, He created them.” Each human being, native or foreigner, is sacred, having a common Creator, and all are brothers and sisters to each other, a point made by several Episcopal Conferences in Europe dealing with migration.

The covenantal idea of a community freed of discrimination and endowed with the acceptance of the common dignity of all its members is mirrored in prophetic visions of the future with their hopeful imagination of universal reconciliation and global-cosmic salvation. It implies the inclusion and integration of a foreigner. An example is found in Ezekiel 47:21-23:

“So you shall divide this land among you according to the tribes of Israel. You shall allot it as an inheritance for yourselves and for the aliens who reside among you. They shall be to you as citizens of Israel. In whatever tribe aliens reside, there you shall assign them their inheritance, says the Lord God.”

The topic of love and care for aliens assumes a new and wider dimension in the light of Jesus’ practice of inclusiveness. Through His reconciling death on the Cross, Jesus has demolished all dividing walls: “So then you are no longer strangers and aliens but you are citizens with the saints and also members of the household of God” (Ephesians 2:19). Paul uses social categories which characterized society in the Greco-Roman culture. The Gospel has drastically modified and relativized social relationships.

Jesus Himself, in the presentation of the Gospels, has experienced the feelings of an alien. According to Matthew 2 he was forced to take flight in foreign land like Moses (see Exodus 23:9). We are reminded as well of Jesus’ life as “the Son of Man [who] has nowhere to lay His head” (Matthew 8:20). We are equally reminded of His breaking down of barriers as He reaches out to the marginalized of His time, including foreigners. We recall His appreciation for foreigners with whom He often found greater hospitality than among His own people. The parable of the Good Samaritan (Lk 10:25-37) who compassionately alleviates the misery and pain of the man fallen among the brigands, while the religious people coming from the Temple turn indifferently their face away from the scene of suffering, challenges Christians to act similarly towards refugees and foreigners.

A text which explicitly makes the commitment to aliens, along with other works of mercy, the criterion for final judgment, is found in the parable of Jesus in Matthew 25:31-36:

In this text, a double identity is stated: the identity of Jesus who identifies Himself with the aliens and with all sufferers and, on the other hand, of the identity of all people on a universal level who, in their turn, identify themselves with those who suffer. Identification reveals identity.

Hospitality is a virtue

We should remember as well that, in the New Testament, hospitality, the welcoming of foreigners, is a highly -priced virtue. Thus, Hebrews 13:1-2 recommends philadelphia, “brotherly love,” and philoxenía, “love for foreigners.” In a world hostile to them, the disciples of Jesus made a frequent experience of what being aliens meant. Hospitality was a most important link in the network of evangelization. Their social situation made believers more intensively aware of the reality of their lives, of being only guests and aliens on earth (1 Peter 2:11-12). This consciousness was present already in the Old Testament (Psalm 39:13; 119:19). It was the experience of the ancestor Abraham himself (Gen 23:4) and of his offspring. In the light of such texts, we are led to interpret our own lives as lives of “aliens.” Such insight and experience may then stir up in us the necessary empathy in relating respectfully to the “foreigner” among us.

We conclude with a text from Leviticus (25:23) which contains another important message on the topic of refugees and foreigners: “The land shall not be sold in perpetuity, for the land is Mine; with Me, you are but aliens and tenants.” It is within the broader vision of God’s ownership of Creation and of the responsibility entrusted to human beings that we are challenged to think rightly and to act justly towards refugees in accordance with God’s will.

South Africa on the cusp of crisis

South Africa is on the brink of a water crisis. Climate change, the stealing of water, contamination resulting from poor sanitary practices and mining, and the emphasis of water-for-profit, among…