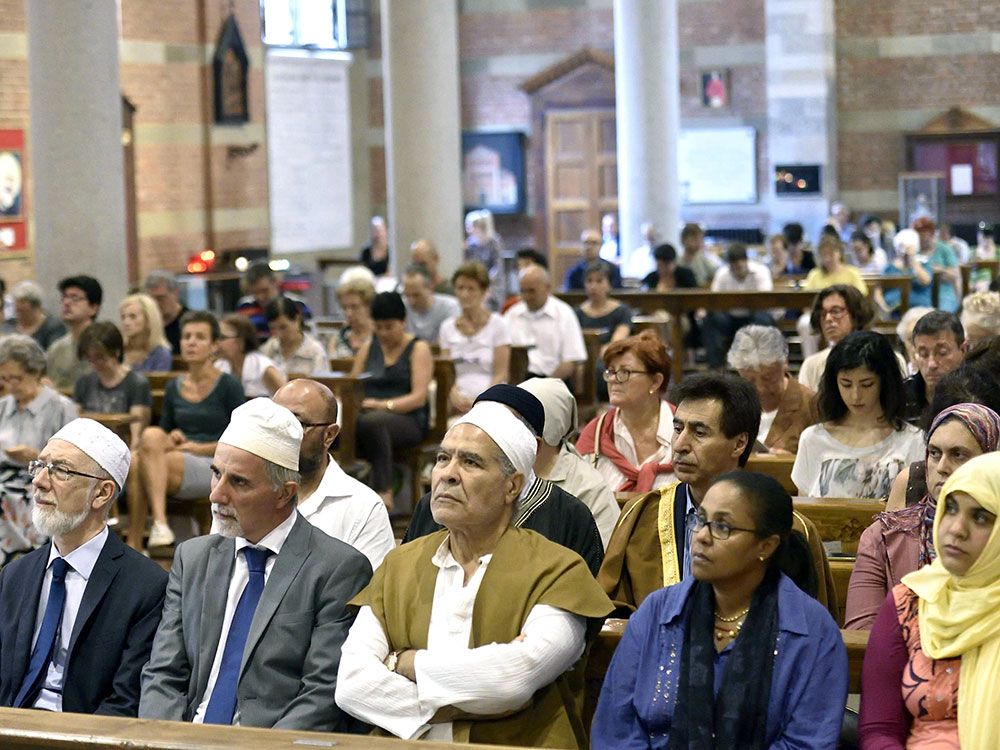 Masses in France were attended by many Muslims to express solidarity and condolence with Christians after the brutal murder of Fr. Jacques Hamel by two young local jihadists in Saint-Etienne-du-Rouvray, close to Rouen.

More than 100 Muslims were present among the two thousand faithful who filled the cathedral of Rouen. The Archbishop, Msgr. Dominique Lebrun, told them: "I thank you on behalf of all Christians. In this way you are affirming that you reject death and violence in the name of God.”

In Nice, the chief imam, Otaman Aissaoui, led a delegation to the Catholic mass. In this city, a jihadist drove a truck into the crowd on Bastille Day, killing 84 people and wounding 435, many of whom were also Muslims. Otaman said that "being united is a response to acts of horror and barbarism.”

Similar gestures took place in Bordeaux, Marseille and Paris – as well as in many Italian cities. Muslims have responded to an appeal launched by the Council of French Muslims, to show "solidarity and sympathy" to the Christians, after the slaughter of the priest.

French Prime Minister Manuel Valls has suggested more training for imams and that foreign funding of mosques be forbidden. The Institute Catholique de Paris, back in 2008, launched a training program to teach about laicité, French customs and French language to imams. So far, less than 100 imans have received training. Even back in 2008 it was felt that more supervision of imams, particularly concerning their civil education and ensuring they spoke French, was needed.

To all this must be added the security failures. That has been a constant in all the attacks in France. Nicolas Sarkozy abolished the neighborhood police units and put the emphasis on video surveillance and tough policing at a national level. So there are no links at all between, say, local (municipal) police and young kids on housing estates or even local mosques.

If to all this is added the unemployment among young people and the sense that France is perhaps too stridently secular, accused of atheism by the fundamentalists, it is clear that there is not much hope that the problems of jihadism will be solved soon.

Pope Francis announced the names of 13 new cardinals from around the world, saying they represent the missionary vocation of the Church. They will be made cardinals at a consistory in the Vatican on…

Pope Francis will attend the World Meeting of Families in Dublin, Ireland, on August 25 and 26. The W.M.F. will be centered on the apostolic exhortation Amoris Laetitia, reports Gerard O’Connel for…