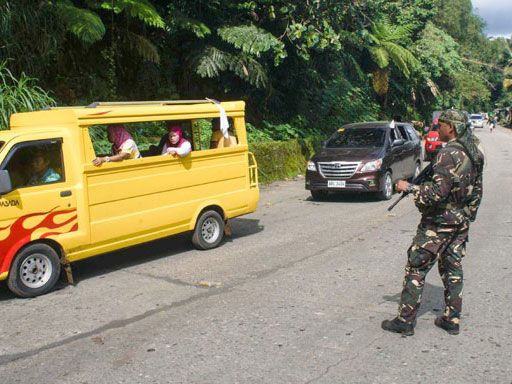 “Despite many social and political reforms that have taken place in Asia, the continent is now facing the rise of religious fundamentalism and threat to peace and security,” said Archbishop Willem T. P. Simarmata, Moderator of the Christian Conference of Asia (CCA).

Addressing the opening of the annual Executive Committee meeting, the prelate said, “The churches and ecumenical councils in Asia have the responsibility to respond to such situations.”

CCA general secretary Mathews George Chunakara, in his report, described the growing trend of religious intolerance, as well as the need for the reaffirmation of mission in a changing Asian context.

“The long-nurtured and cherished value of social and communal harmony is in peril in different Asian countries and concerted action to promote religious harmony and conflict resolutions in Asia should be a priority engagement of the churches.”

The greatest challenge before the Church in Asia, he added, is to rekindle the hope of millions in the region who look for a ray of hope to brighten their lives and make their struggles meaningful.

“What Asia needs at this stage is the redemptive message of Christ; a message of hope for which the Church in Asia must become more an animator, facilitator, and accompanier, rather than a dominator, keen to exercise only “ecclesiastical authority,” added the CCA General Secretary.

The committee also received reports from the  Myanmar-based local host committees of the Asia Mission Conference  2017 and the Diamond Jubilee celebrations of the CCA. It endorsed the proposal to observe Asia Sunday on October 15, 2017.

Last year “was one of the most traumatic for the Christian community in India since the mass targeted violence of the Kandhamal massacre in 2007 and 2008”, according to the Annual Report on Hate…

PHILIPPINES: Year Of Ecumenism And Dialogue

All Filipinos are called to build a better society through fraternal love and interreligious dialogue. This is the appeal included in the Pastoral Letter published by the Catholic Bishops’ Conference…