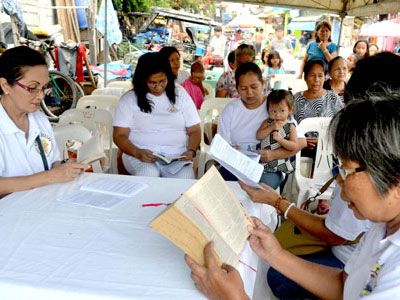 PHILIPPINES: A bible for every family

To distribute a copy of the Bible to every family in the Philippines: the project that started in 2008 is becoming a reality, thanks to the project “May They Be One Bible Campaign,” says the Auxiliary Bishop of Manila, Broderick Pabillo, President of the Advisory Committee for the project.

“The great project of evangelization had begun in order to give a Bible to five million poor households in the country. Then it expanded, thanks to the involvement of all 86 Catholic dioceses in the country.” The project provides for formation programs and Bible study for all those who have received a Bible.

Since 2008, over two million copies of the Bible have been distributed: in 2016, about 500,000 copies. “In many families, the daily and common reading of the Word of God has begun, with abundant fruits in the life of the family,” the Bishop says.

WORLD DAY OF MIGRANTS AND REFUGEES: ‘Forced To Flee Like Jesus’

For the next World Day of Migrants and Refugees, Pope Francis wants Catholics to focus on the pastoral care of people displaced within the borders of their own country and the church’s mission to…

While Southwest India, in the Kerala region, records a high number of coronavirus infections (more than 13 thousand cases per day) both in rural and urban areas, and the mortality rate increases, the…

POPE: Catechism Will Include “Ecological Sins”

Following through on a proposal made at the Synod of Bishops for the Amazon, Pope Francis said there are plans to include a definition of ecological sins in the Church’s official teaching.