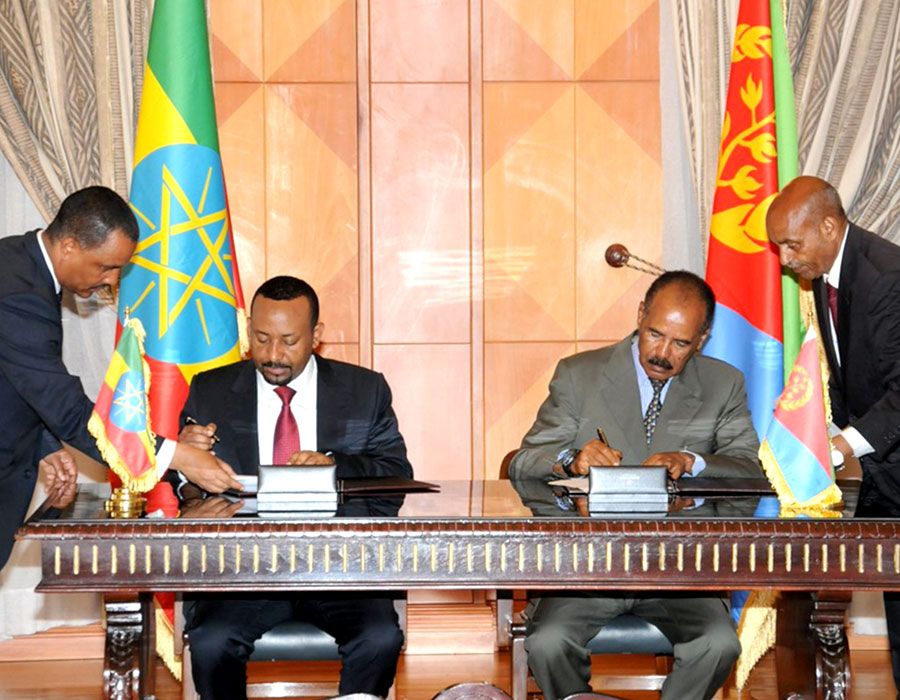 Cardinal Berhaneyesus Souraphiel, the Archbishop of the Ethiopian capital Addis Ababa reaffirmed the Pope’s estimation of the importance of the deal. “This is a historic step taken by the prime minister of Ethiopia within the first 100 days since he took office. It is very pleasing to the Catholic Church that the prayers of the people of both countries have been answered.”

Pope Francis hailed the “good news” of the peace prospects for both countries. “In the midst of so many conflicts, it’s dutiful to point out an initiative that can be called historic,” Francis said, expressing the hope that the governments “speaking together of peace” after 20 years would “turn on a light of hope for these two countries.”

Ethiopia is one of the most ancient Christian countries with an estimated 45 per cent of the 90 million population who are Ethiopian Orthodox, 19 per cent Protestant, just under one per cent Catholic and 35 per cent Muslim, mostly Sunni Muslim.

Surveys of religious adherence in Eritrea vary, but an estimated 58 per cent of the 6.5 million population are Eritrean Orthodox, 5 per cent Catholic, one per cent Protestant and 35 per cent Sunni Muslim.

The UN General Assembly adopted on December 21 2020 a resolution declaring February 4 as the International Day of Human Fraternity. The day is to be observed each year, beginning in 2021. It comes as…