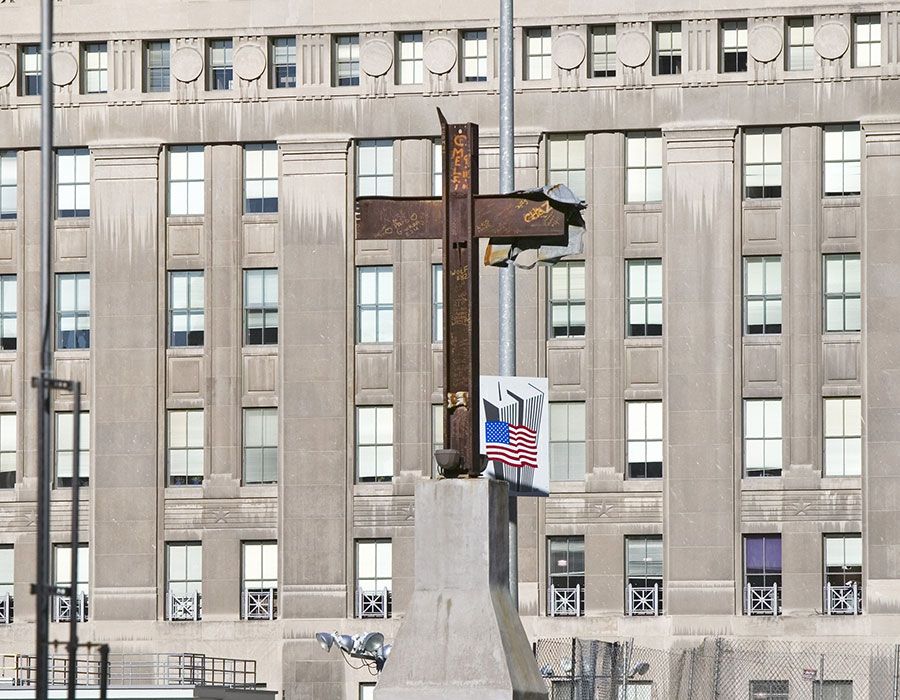 The 9/11/2001 attack on the Manhattan Twin Towers was unexpected, highly successful and shocking. It had a symbolic meaning and it marked the insurgence of Islamic terrorism which has affected the entire world.

The Twin Towers attack was a series of four coordinated assaults by the Islamic terrorist group al-Qaeda on the United States in the morning of Tuesday, September 11, 2001. Four passenger airlines  all of which departed from airports in the northeastern United States bound for California were hijacked by 19 al-Qaeda terrorists.

Two of the planes were crashed into the North and South towers, respectively, of the World Trade Center in New York City. Within an hour and 42 minutes, both the 110-story towers collapsed, with debris and the resulting fires causing partial or complete collapse of other buildings in the complex, as well as significant damage to ten other large surrounding structures.

A third plane was crashed into the Pentagon in Arlington County, Virginia, leading to partial damage of the buildings western side.

The fourth plane, United Airlines Flight 93, was initially steered towards Washington, D.C., but crashed into a field near Shanksville, Pennsylvania, after its passengers tried to overcome the hijackers. The attacks killed 2,996 people, injured over 6,000 others, and caused at least $10 billion in infrastructure and property damage.

Suspicion quickly fell on al-Qaeda. The United States responded by launching the “war on terror” and invading Afghanistan to depose the Taliban, which had harbored al-Qaeda. Many countries strengthened their anti-terrorism legislation and expanded the powers of law enforcement and intelligence agencies to prevent terrorist attacks.

Although al-Qaed's leader, Osama bin Laden, initially denied any involvement, in 2004 he claimed responsibility for the attacks. Al-Qaeda and bin Laden cited U.S. support of Israel, the presence of U.S. troops in Saudi Arabia, and sanctions against Iraq as motives. After evading capture for almost a decade, Osama bin Laden was located and killed in Pakistan in May 2011.

Symbolic Attacks
Prior to 2001, the World Trade Center was an icon of New York City, and the Twin Towers were the centerpiece that represented the entire complex. The Twin Towers were widely considered to be symbols of America’s power and influence.

The Pentagon is the headquarters of the U.S. Department of Defense. If you want to humble an empire it makes sense to maim its cathedrals. They are symbols of its faith, and when they crumple and burn, it tells us that it is not so powerful and can’t be safe.

The stubborn decision to exclude the Muslim religion from the responsibility which was instead put on a small minority of fundamentalists has paid good dividends: the attempts of the ISIS to form an Islamic State have resulted in universal condemnation and a war to dismantle it. Nowadays, even all the Muslim countries have reacted to the terrorists and made their efforts to coalesce a fundamentalist Islamic state null and void.

But that doesn’t take away the ingrained violence in the Muslim religion. This is shown by the unending acts of violence against Christian churches in all Muslim countries, be it in Egypt, Pakistan, Indonesia, Nigeria, etc. This congenital violence causes unknown Muslims everywhere to attack and kill with any possible means: knives, firearms, even the use of cars and vans by suicide bombers.

The Regensburg Lecture
The Regensburg Lecture was delivered on September 12, 2006 by Pope Benedict XVI at the University of Regensburg in Germany. It was entitled “Faith, Reason and the University – Memories and Reflections.” The lecture is considered to be among the most important papal statements on world affairs since John Paul II’s 1995 address at the United Nations which sparked international reactions and controversy.

In his lecture, the Pope quoted a passage about Islam made at the end of the 14th century by Byzantine Emperor Manuel II Paleologos. Pope Benedict used Manuel II’s argument in order to draw a distinction between the Christian view that “not acting reasonably is contrary to God’s nature,” and an allegedly Islamic view that God transcends  any concept, even rationality. At the end of his lecture, the Pope said:  “It is to the great logos, to this breadth of reason, that we invite our partners in the dialogue of cultures.”

The quotation of the emperor was rather brutal and run like this: “Show me just what Muhammad brought that was new and there you will find things only bad and inhuman, such as his command to spread by the sword the faith he preached.”

The reaction of the Muslim world was enormous and caused not only a never ending diplomatic exchange to and fro, but ironically (although pitiably) so much violence of the Muslim against the Christians that the statement of the emperor was shown to be true.

Pope Benedict’s lecture was a “calculated risk.” It portended a parting from the Vatican’s previous policies on dialogue with Islam. Away from promoting harmony at all costs, he insisted towards more reciprocity; that is, he wanted the Muslim world open up for Christian missions in the same way that Europe is open to Muslims and conversion out of Islam to be a legal or social possibility. In this view, according to the Pope, the position of Christians in Muslim-majority countries must be improved.

Toothless Dialogue
Unfortunately, this line of procedure in the necessary dialogue with the Muslim world, showing that violence is the weak point of their religion, was not pursued and we are back to the unrealistic position that continuing violence against defenseless Christians is the fault of a minority of fundamentalists and does not touch the Muslim faith.

A few months ago suicide bombers attacked three churches in Indonesia, causing the death of a dozen people and the injury of many more. Is it reasonable to think that the Muslim faith has nothing to do with the massacre, when the suicide bombers have obviously drawn the misguided courage to sacrifice their life for their faith in Allah?

What an extraordinary repellent concept of martyrdom, where the martyrdom is self-inflicted not out of love but hatred, and the will to kill as many innocent people as possible! And what about the recent episode of a Muslim girl raised in Italy, who before marrying her Christian boyfriend goes to her family in Pakistan and is slaughtered by her father to stop her from marrying an infidel? A few days later, also in Pakistan, another father burned to death his daughter because she had used the telephone to get acquainted with her future husband who was a Muslim.

The year 1989 saw the sudden collapse of communism, symbolized by the crumbling of the Berlin Wall. As the strongest point of the “Iron Curtain,” it had become the symbol of the suppression of…

In 1986, the uprising of a people united by their faith against an encroached dictator drew the admiration of the whole world. More than thirty years later, the disappointment of the people for the…