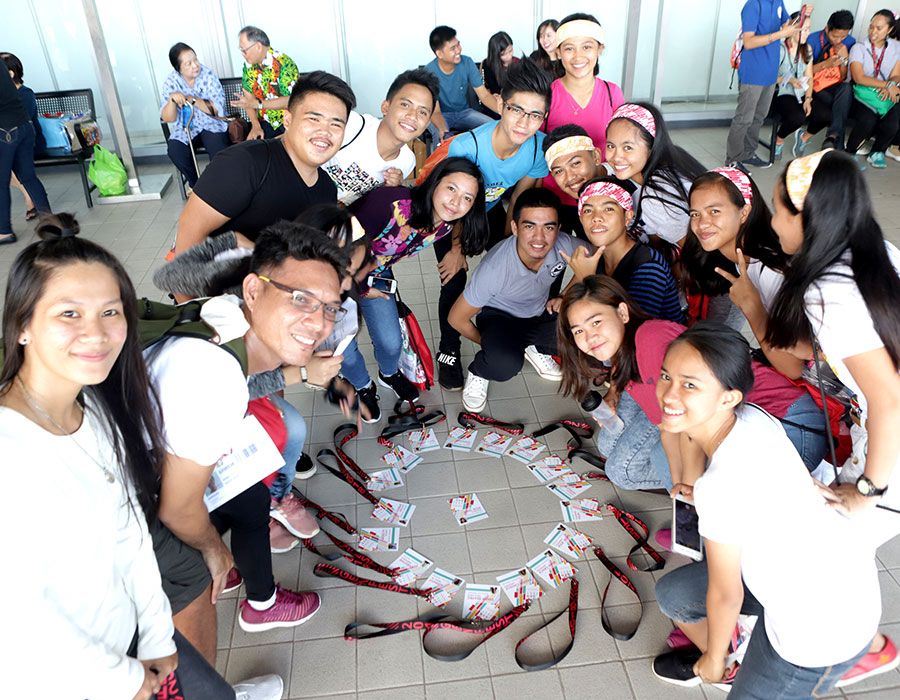 PHILIPPINES: Youth For A United World

“Pathways to fraternity” is the project launched by over 6,000 young people who participated in the Genfest, the international festival of the Focolare Youth Movement held in Manila.

The project aims at “bringing individuals and peoples together so that they can contribute towards building fraternal relationships in the fields of economy, justice, politics, environment, intercultural and interreligious dialogue”, says  Agenzia Fides correspondent Stefania Tanesini.

The event, organized for the first time in Asia and outside Europe in Manila from July 6 to 8, was the eleventh edition of the Genfest which focused on the theme “Beyond all borders.” The participants came from 100 countries around the world.

Generally held every 6 years, the Genfest is organized by the “Youth for a United World” (Y4UW), Focolare’s youth wing. Since its inception in Italy in 1973, the Genfest has become an avenue for young people to show that a united world is possible.

The Genfest was a feast and a commitment at the same time. The message to “overcome borders” was even disseminated through artistic performances by the two evening concerts that brought Asia to the rest of the world and vice versa. Many visited Explo, a multimedia and interactive exhibition that offered a different version of the world’s history based on humanity’s steps towards peace and the centrality of personal commitment to build it.

Africa’s air pollution is causing more premature deaths than unsafe water or childhood malnutrition, and could develop into a health and climate crisis reminiscent of those seen in China and India, a…

The ceremony of beatification of the venerable Fr. Giuseppe Ambrosoli (in image) will take place on November 20, 2022, Christ the King’s Feast, in Kalongo, Uganda, where he spent much of his…

From May 2021 until July 2022, the Society of Jesus celebrates the Ignatian year to remember the life of St. Ignatius of Loyola.