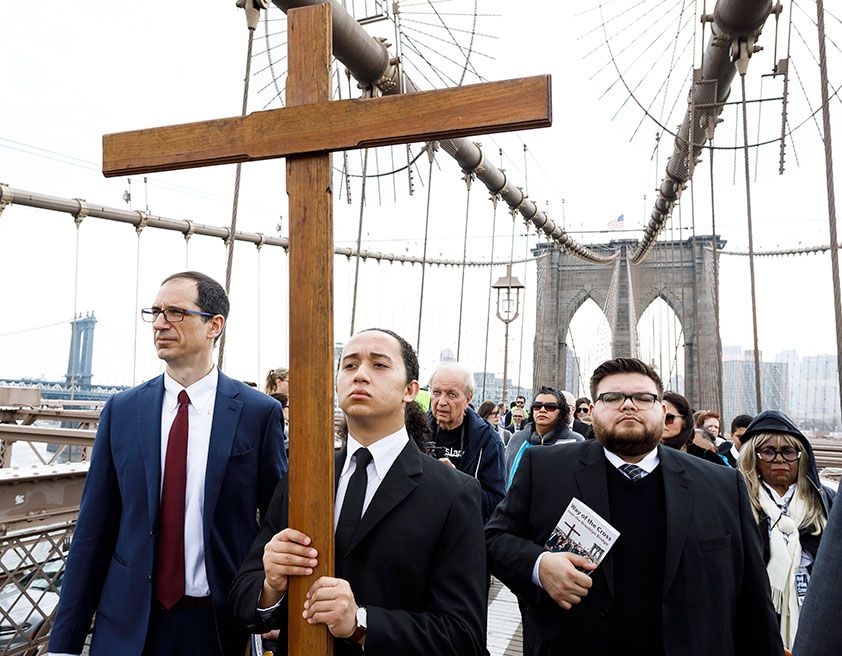 This is the incredible accomplishment of a humble Italian priest, Fr. Louis Giussani. Communion and Liberation embodies his superior intelligence and deep love for the person of Christ encountered in culture: poetry, literature, music and the arts.

The largest cultural event in Italy is undoubtedly the Meeting of Rimini which happens every year in summer and brings together persons of importance in every type of discipline in an effort to make the Christian Mystery relevant to the contemporary cultural environment. The Meeting is the pride of Communion and Liberation, the international spirituality movement which originated from the charismatic experience of Fr. Louis Giussani.

This is how it all started, in his very words: “I was in the train, going from Milan to Rimini. It was there that I came across some young people. There in the train, I started conversing and discussing with them and I discovered that they were almost totally ignorant about religion and Christianity: their skepticism, their derisory attitude, and their ostentatious incredulity did not cause anger in me but rather pain because they were obviously affected by an abysmal ignorance…It was this contact that made ardent zeal rise up in me, almost a ‘rage’ so that they may know what I had encountered myself; so that they may be many who know it.”

It was 1954 and Giussani quit teaching theology in order to dedicate himself full-time to the boys of Berchet College in Milan. He had no idea that he was starting something unprecedented. He simply wanted to make perennial Christianity known in a more effective, coherent, and persuasive manner to the adolescents who came to him. This is how Communion and Liberation (CL) started. Since then, tens of thousands of young people all over the world have felt the attraction of CL’s proposal.

Communion And Liberation
CL is an ecclesial movement whose point of origin can be traced to an impulse of the Holy Spirit, and, as Pope Benedict XVI observed, “is thus inserted into that vast flowering of associations, movements and new ecclesial realities providentially raised up by the Holy Spirit in the Church after the Second Vatican Council.”

In 1975, during a youth pilgrimage to Rome for Palm Sunday, Pope Paul VI encouraged Fr. Giussani in a private conversation with these words: “This is the path, go on like this.” In 1982, the Fraternity of Communion and Liberation expanded and was declared an Association of Pontifical Right.

And in 1984 Pope John Paul II received 10,000 CL members in an audience, giving them this challenging mandate: “Go into the entire world to bring the truth, beauty, and peace you have encountered in Christ the Redeemer. This is the task that I leave with you today.” A new impulse was thus given to the missionary spread of the Movement, which is today present in some seventy countries.    Only in Italy, its membership goes above one hundred thousand.

Fr. Giussani reacted to the reduction of Christianity to something in the past. Jesus of Nazareth is not only someone who lived and died. He is alive. “The Christian proclamation is that God has become a human presence, carnal, within history. God is not something far away that man tries to reach by his own effort, but Someone who came to join in man’s journey, and became his companion.”

The “Christian Claim”
The person of Jesus was the intellectual and emotional center of Fr. Luigi Giussani’s life. This centrality was the anchor of his existence. In Jesus Christ, Fr. Giussani found the only being who, precisely because of his twofold nature, was fully human, capable of understanding from within each person’s expectations, and at the same time capable of responding to these like no one else, because He is God.

The fact that Christianity is not a collection of doctrines and a catalog of behavioral norms, but something that happened in history, an event or a “happening,” is a recurring theme in Fr. Giussani; it is the heart of his faith and experience. Christianity, therefore, is a completely new path. He writes: “If there is one crime that a religion can commit, it is that of saying: I am the only way. This is exactly what Christianity claims. It is not unjust to feel repugnance in the face of such a statement. What would be unjust would be failing to ask the reason for this claim.”

Where can we find the testimony of this claim by Jesus, by the Mystery that entered into history? In the Gospels, Fr. Giussani replies. An event can be experienced. How can it be experienced today? By beginning to experience the memory and the proclamation of Him presented by those who have been drawn to Him: the community, the Church as the continuity of Christ, as His body, His presence.

In the sixties the Catholic Charismatic Renewal Movement went through the body of the Catholic Church, bringing vitality, joy and enthusiasm. By far the largest of the movements, it is still alive and…