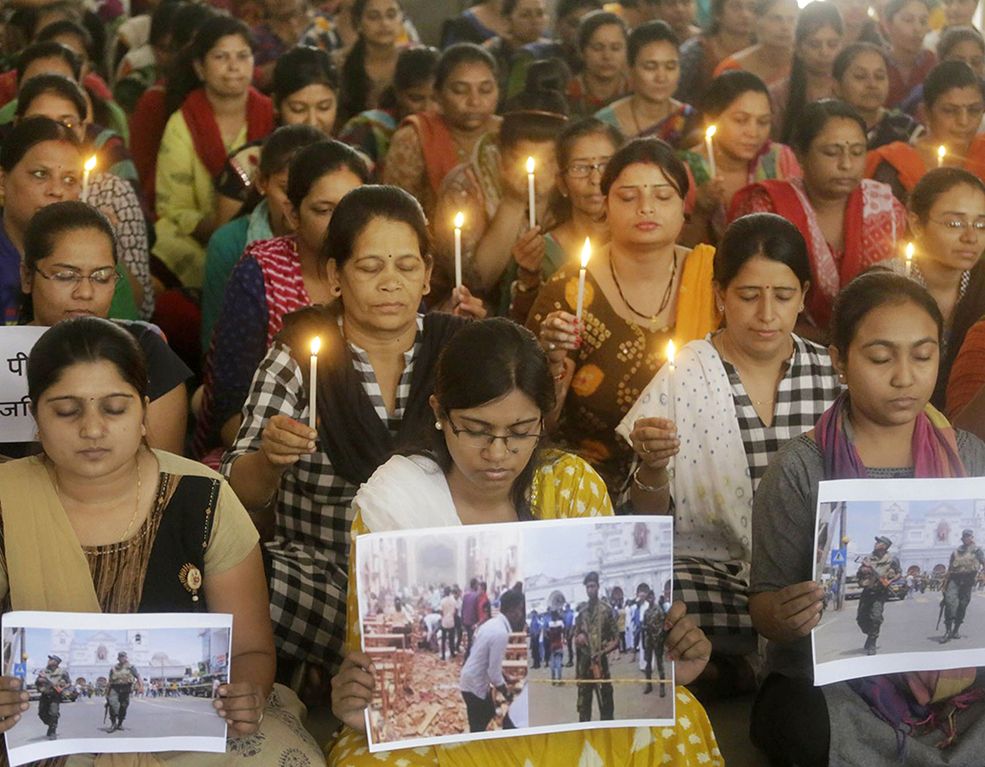 Asia faces religious extremism and terrorism. These phenomena have social, political, ideological, and economic underpins. Churches are making concerted efforts to work together to bring reconciliation and coexistence amongst communities.

This was the third such attack carried out by suicide bombers from Indonesia in recent years. The attackers were reportedly members of Jamaah Ansharut Daulah (JAD), an Islamic State-inspired group suspected of suicide attacks.

The terror group bombed three churches in Surabaya, East Java, in 2018, killing 28 people. In 2019, a cathedral in Jolo in the southern Philippines saw a bomb killing 23 and injuring more than 100.

Intolerance
To begin with, some of the countries that have been witnessing increasing religious extremism are India, Bangladesh, Sri Lanka, the Philippines, Myanmar, Indonesia, and Pakistan. Undoubtedly, conflicts that can be considered of a religious nature are often having roots in social, political histories/complexities, ideologies, and economic underpins.

For example, a growing intolerance provides “fertile ground for extremism with grave consequences for harmony if not immediately addressed,” explains Dwi Rubiyanti Kholifah, the country director of the Asian Muslim Action Network in Indonesia.

It is not surprising to note that more and more people in some Asian countries such as Malaysia, Pakistan, Indonesia, India, and Bangladesh are drawn to discriminatory ideologies that are detrimental to social order and wellbeing. This calls for a shift from extremism to interfaith initiatives for common good.

Similarly, Amirah Ali Lidasan, a Moro leader and General Secretary of the “Moro Christian People’s Alliance” and spokesperson for Suara Bangsamoro, says the causes and consequences of the resurgence of extremism in the Mindanao region in the southern Philippines can be a matter of concern for all.

According to her, there might be some inconsistencies in the interpretations of a particular religion, which may lead to certain strands of extremism. She explains that the majority in the Muslim community did not recognize such extremist views but valued a harmonious history of coexistence with other faith communities in the region.

Paradigm Shift
Conversely, the instances of religious violence in any form deeply affect people and communities which feel the brunt of the ugly side, especially the poor, women, and children.

This calls for a paradigm shift in transforming societies and communities into bedrocks of peace, harmony, and solidarity, especially during the current COVID-19 pandemic that has affected one and all.

On the other hand, governments, civil society groups, and individuals have an indispensable role and responsibility to fight religious extremism, which has plagued Asian countries in one form or another for the sake of the common good and welfare of each other.

According to Mathews George Chunakara, the general secretary of the Christian Conference of Asia (CCA), the rise of extremist movements is creating dangerous fault lines within communities and cultures.

He also adds that extremism was not a feature inherent to any particular religion itself, but could be seen in all religions where certain tenets or principles are distorted or manipulated with some intent.

Such distortions, oppressive views, and discrimination against religious minorities were used to justify hatred, bigotry, and the ill-treatment of one religion against the other or one community against another. And these factors intensified intolerance and violence, causing surmounting disruptions in the social fabric and unending suffering and tensions among communities.

In some cases, extremist groups tend to promote specific and rigid ideas to suit certain ideologies and marginalize and subjugate other communities or religions with superior and hegemonic tendencies.

Restrictions imposed and enforced by certain political powers, ideologies, and extremist forces to the practice of religious liberty perpetuate and persist the fear or hatred of each other with the intent of the Semitic approach.

Researches show those who espouse religious extremism can have worrying implications and hamper sustainable development, promotion of human capital, and agency of people, besides peace.

Silsilah Movement
This scenario demands the creation of a peaceful, harmonious, and prosperous society for all. One such example is the Islamic-Christian movement Silsilah (which means “chain”), born in Zamboanga, on the island of Mindanao, in the southern Philippines on the initiative of Fr. Sebastiano D’Ambra.

According to the missionary of PIME, a person of every religion has a duty and obligation to promote affirmative action and work for peace in one’s heart, society, and community with all-embracing attitudes and inclusive mindset.

There is a need for creative, innovative, and proactive initiatives to create awareness and reform to subdue religious extremism among different communities with an emphasis on protective mechanisms of international laws and a country’s rule of law (legal framework) and social justice.

Likewise, church personnel and their allied institutions, associations, and organizations across the Asian region are making concerted efforts to work together with NGOs, faith-based communities, civil society groups, and government agencies.

The biggest task is to address religious extremism with gospel values of peace, love, and solidarity, says Fr. Gnana Peppin, executive secretary of Family Commission, Archdiocese of Calcutta, India. “No society can ever afford to live in violence, extremism, and discord,” he says.

“Harmony powered by love, peace, and solidarity is a way forward.” Although a breach of trust among communities and religions has marked off and on in the past, renewed vigor and commitment are needed from every member of society, community, and government to give peace, progress, and prosperity to repeated opportunities.

At the same time, there is always optimism for religious leaders, men, and women of goodwill to see the brighter side of life and work for a glimmer of hope in Asia. Collaboration among the government, religious organizations, and various groups and movements is critical to challenge religious extremism and to reinforce the equality and inherent worth of all with a religious pluralism lens.

Church’s Role
Keeping in mind the new evangelization, the church in Asia takes it as a mandate to work for a peaceful, progressive, and liberal attitude to serve as an “antidote” to religious extremism in society.

Moreover, the global health emergency has become an added threat to all. The current pandemic context has increased the vulnerabilities and repercussions faced by people in Asia. In crises, no one is safe unless everyone is safe. The safety of one is the safety of all. This is also applicable to all societies, religions, communities, including the Church.

Thus, the outbreak caused by the COVID-19 pandemic entails containing the spread of the virus following health protocols. Amid the health emergency, everyone has a role to help, support, and strengthen another person irrespective of religious beliefs, faith affiliations, and other differences. Similarly, the same framework is imperative for all to address and fight the phenomenon of religious extremism in Asia and beyond.

So, people of goodwill from various sections of societies, communities, and religions have a huge responsibility and potentiality to lead as exemplars of hope. People need to be empowered as catalysts of social change setting the agenda for positive advocacy. According to Basil Fernando, a prominent Asian human rights defender and director of the AHRC, “Religion is about love, compassion, and embracing the other. Violence, the antithesis of religion, is perpetrated under its pretext,” adding that the causes of this violence included territorial expansions, petty political advantages, or unfair competition.

According to terrorism analyst Stanislaus Riyanta, ISIS networks in various countries are still active, including in Indonesia. “Their strength is diminished, but they have not died yet,” reports Reuters.

Another analyst at the School of International Studies, Ismail, said, “You cannot deny the fact that there is still a virtual caliphate, which is now extremely hard to counter.”
In conclusion, there is a need for developing a human rights culture in addressing the issues related to growing religious extremism and violence. Also, the need for stronger linkages and networks is to ameliorate the plight of people in the region. All peoples, societies, and communities, including the church, are to engage its constituencies in addressing gross violations of the rights of people and combat growing religious hatred and intolerance, says Chunakara, the General Secretary of the CCA.

Macau has felt at home in a fusion of Eastern and Western traditions since the Portuguese first settled in Macau in 1557. Now, in 2020, Macau invites all Christians and non-Christians alike to join in…