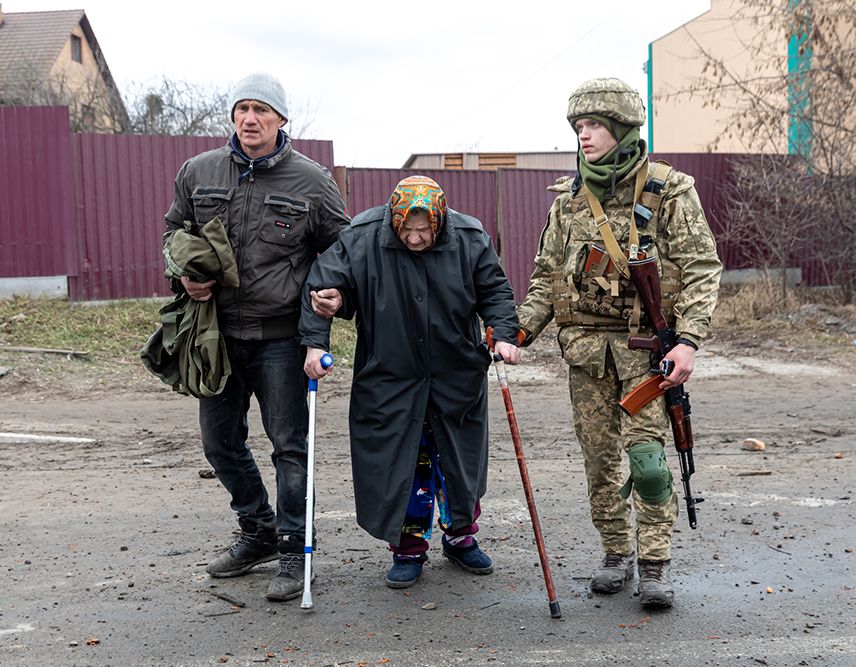 This year, the World Day of Migrants and Refugees will be celebrated on 26 September. The number of people forced to leave their countries and homes is the highest ever. The trend can only be reversed by concerted efforts to resolve poverty, climate change, COVID-19, and armed conflicts.

“One hundred million is a stark figure – sobering and alarming in equal measure. It’s a record that should never have been set,” said U.N. High Commissioner for Refugees, Filippo Grandi.

The war in Ukraine has greatly contributed to this record high number of displaced persons – with 8 million forced to move out of immediate harm’s way while remaining within Ukraine, and an additional 6 million needing to move to one of the surrounding countries, according to the U.N.

But the hostilities in Ukraine are far from the only armed conflicts around the world that are forcibly displacing countless people – in many cases to run for their lives. Yemen, Tigray/Ethiopia, Afghanistan, Syria, Burkina Faso, Myanmar, Nigeria, Democratic Republic of the Congo, Mali, Niger, Haiti, and Central America’s Northern Triangle (Honduras, Guatemala, El Salvador) are among the world’s most violent and poorest countries, which in turn is causing the displacement of masses of fellow human beings.

While extreme poverty, climate change and COVID-19 are major realities forcing 100 million children, women, and men to flee from their homes, there is one additional reality that trumps them all: armed conflicts and war.

According to the U.N. High Commissioner for Refugees, the number of people forced to flee their homes has been increasing every year over the past decade, and now stands at the highest level since records began, a trend that can be only reversed by a new, concerted push towards peacemaking.

Last year was notable for the number of conflicts that escalated and new ones that flared; 23 countries, with a combined population of 850 million, faced medium or high-intensity conflicts, according to the World Bank.

U.N. High Commissioner for Refugees Filippo Grandi warned, “Either the international community comes together to take action to address this human tragedy, resolve conflicts and find lasting solutions, or this terrible trend will continue.” Grandi further appealed, “To reverse this trend, the only answer is peace and stability so that innocent people are not forced to gamble between acute danger at home or precarious flight and exile” (see: https://bit.ly/3IHA8Uw).

While several poor and struggling nations continue to generously welcome many refugees, the U.S., and most other more economically developed nations, allow only small numbers of fleeing brothers and sister to find refuge within their borders. This clearly flies in the face of Jesus’ insistence that we welcome the stranger (see: Matthew 25:31-46/ https://bit.ly/3O6Dq4J.)

Pope Francis, in his 2022 message for the “World Day of Migrants and Refugees” (see: https://bit.ly/3o7UJIe, teaches that in order for the wonderous harmony of God’s Kingdom to reign, “We must accept Christ’s salvation, his Gospel of love, so that the many forms of inequality and discrimination in the present world may be eliminated.”

Francis continues, “No one must be excluded. God’s plan is essentially inclusive and gives priority to those living on the existential peripheries. Among them are many migrants and refugees, displaced persons, and victims of trafficking. The Kingdom of God is to be built with them, for without them it would not be the Kingdom that God wants. The inclusion of those most vulnerable is the necessary condition for full citizenship in God’s Kingdom.”

Furthermore, the Holy Father wisely reminds us that “Building the future with migrants and refugees also means recognizing and valuing how much each of them can contribute to the process of construction”

Here Pope Francis further elaborates that the work of migrants and refugees, “their youth, their enthusiasm and their willingness to sacrifice enrich the communities that receive them. … Enormous potential exists, ready to be harnessed, if only given a chance.”

For the good of all of us, let’s give them that chance!

Tony Magliano is an internationally syndicated Catholic social justice and peace columnist. Tony can be reached at tmag6@comcast.net

Prominent women and men in Hollywood and London have launched a movement to end sexual harassment in the workplace and society. They aim to challenge every act of sexual abuse that comes to light. It…

Imagining a better world this Christmas

No School Fun for Child Laborers

Millions of children worldwide do not attend school but instead toil in dangerous labor due to poverty. There is the moral obligation to break the cycle of misery and slavery.