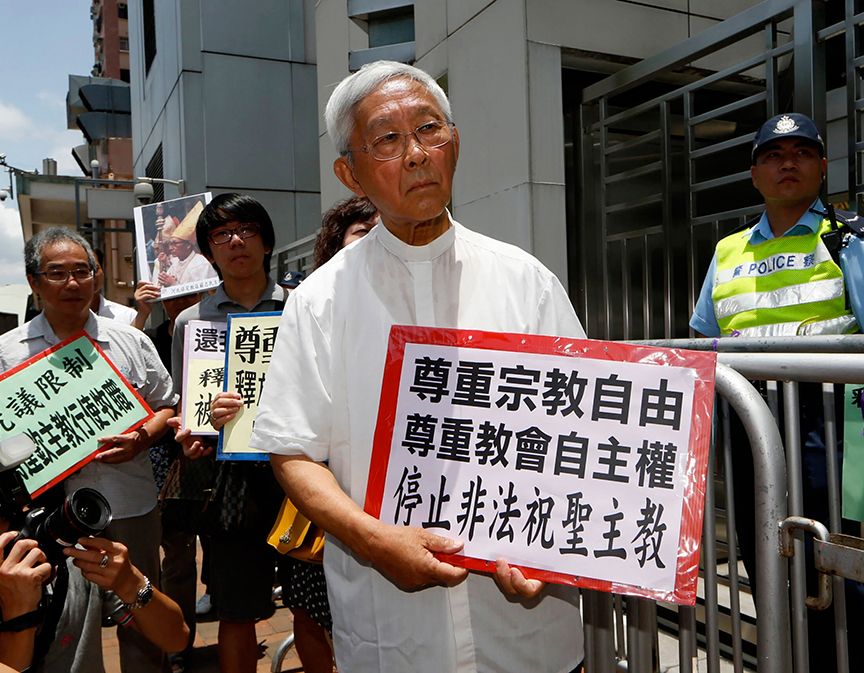 Anglican priest and former UK cabinet minister, Jonathan Aitken, has called on the international community to scrutinize and act as religious freedom in Hong Kong faces dangerous threats from the destructive forces of the Chinese Communist Party (CCP).

Aitken warned that “there are increasingly ominous signs” that religious freedom in Hong Kong is “next on the hit list by the destructive forces” of President Xi Jinping’s CCP regime.

Aitken said that “the skies are darkening for religious freedom in Hong Kong.” The imposition of the draconian National Security Law on Hong Kong two years ago has led to promised fundamental freedoms being “almost completely dismantled”.

Christians in mainland China now face the worst persecution since Mao’s Cultural Revolution of the 1960s, he said, adding that persecution of Tibetan Buddhists, Falun Gong practitioners, and Hui Muslims has intensified.

According to Agenzia Fides, 20 missionaries were killed in the world in 2020: eight priests, one religious man, three religious women, two seminarians, and six lay people. The highest number of…

The Diocese of Balanga has adopted the city’s directive which introduces a restriction on single-use plastics. Bishop Ruperto Santos said they are also discouraging the use of plastic flowers as…

“South Sudanese were left positively stunned as they witnessed Pope Francis plead on his knees and kiss the feet of politicians of South Sudan,” says Sister Elena Balatti, a Comboni missionary in…