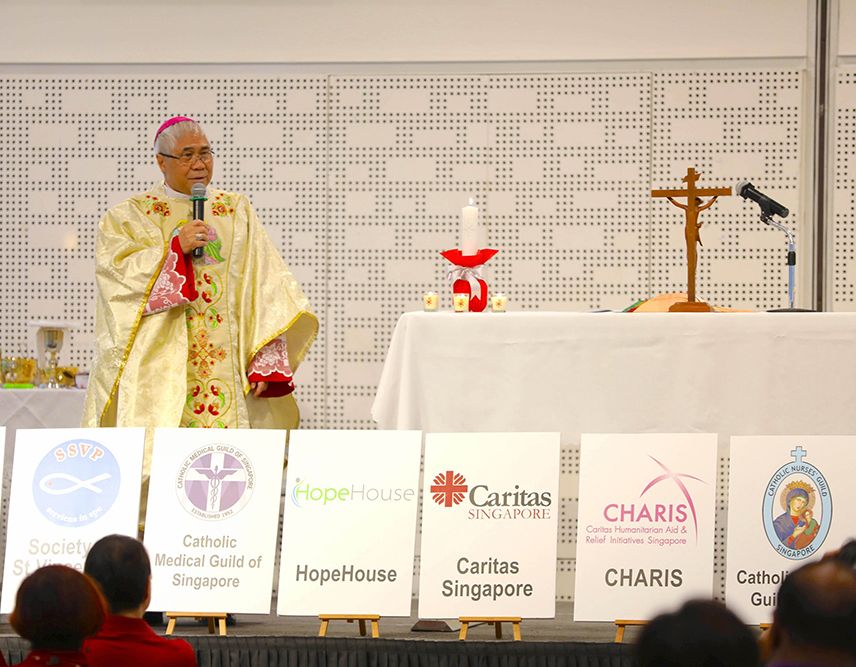 A New Vision for the College of Cardinals

Bishops from East Timor and Mongolia recently joined the College of Cardinals while some more obvious candidates continue to be left out. The Pope’s nominations speak of his vision for the Church.

The College of Cardinals is the body that counsels the Pope. But the most famous role that is entrusted to the College is running the Church when the Pope dies or resigns, and choosing the next successor of St. Peter.

This means that the cardinals chosen by a Pope during his lifetime will play a pivotal role in shaping the Church in the decades to come after he has died or stepped down. Naturally, the longer a Pope is in office, the more cardinals he nominates, and the more influence he will have on the future. This, of course, is the theory.

Observers often like to look at the nomination of cardinals through this lens, as if all that is on a Pope’s mind as he makes his choices is the political perspective. This becomes even more of a temptation when a Pope, as is the case with Francis, decides to ignore the custom of raising the bishops of certain major dioceses to the role of Cardinal, opting instead for unexpected and, one could even say, exotic choices. It goes without saying that this is a very limited view of the matter.

By the time this article is published, the consistory that Francis scheduled for the end of August will have been held, and a new batch of cardinals installed. As usual, the list has a series of surprising inclusions and some rather glaring omissions. But is it fair to say that the Pope is trying to stack the deck to make sure that somebody of his persuasion follows in his footsteps?

Some signs do point in that direction. For instance, the fact that Francis did not pick the Archbishop of Los Angeles, USA, in this year’s list was widely read as a rebuke of the way the Catholic Church has been led in that country.

Even though Archbishop José Gomez ticks plenty of boxes that would seem to make him close to Francis, such as the fact that he is a Latin American and a firm defender of the rights of immigrants. However, he is also the president of the US Conference of Catholic Bishops which has often clashed with the Vatican in recent years, especially due to party-political issues.

Instead, the Pope picked Walter McElroy, of the diocese of San Diego, which is a suffragan diocese to Los Angeles. McElroy is more firmly aligned with Francis in several key areas, including the refusal to take on an adversarial position in the fight against abortion, such as banning pro-abortion Catholic politicians from receiving the Eucharist.

However, the Pope’s refusal to nominate bishops from large dioceses that have historically been headed by a cardinal can also just be read as his way of saying that this vision of positions of privilege in the Church is over. The Patriarch of Venice and the Archbishop of Los Angeles have no more right to sit in the College of Cardinals, one can almost hear Francis say, than the heads of the smallest Catholic dioceses or missions.

A more complex omission is that of the leader of the Ukrainian Greek Catholic Church. The Ukrainian Catholics, 10% of the population, are widely respected for the way they have suffered over the centuries for their fidelity to the Pope. However, they also have a long list of complaints aimed at Rome. For instance, they claim that their leader should have the rank of Patriarch, as do other Eastern Catholic hierarchs, but Rome has refused for fear of upsetting Moscow, which looks at the whole Eastern Catholic experience with extreme suspicion.

Although the previous leader of the Church was made a cardinal, Major-Archbishop Sviatoslav Shevchuk has not been on Pope Francis’ lists since he was elected. There is no question of animosity, as the two knew each other well in Argentina, where Shevchuk served as a bishop. An elevation to the cardinalate now would have delighted the Ukrainians at such an important time in their history, but the Vatican may have feared that it would be seen as an unnecessary provocation to Russia.

It is no secret that the Vatican has been guarded in its handling of the Ukrainian war, but in July, Francis sent a message to the UGCC bishops where he said “I unite myself spiritually to your suffering, assuring you of my prayers and my commitment, which not infrequently, because of the delicate situation, does not emerge in the media.” This seems to be his way of making his position on the war as clear as possible without burning bridges to a country that the world, and the Church, cannot afford to ignore.

Rolling The Globe
Looking at some of Francis’ nominations, both in this and previous lists, one could be excused for thinking that he might just be rolling a globe and putting his finger down on it at random. Catholics in Tonga or in Papua New Guinea would never have imagined they might be represented, through their bishops, in such an important organ of the Church.

Of course, it’s not that simple. This year, for example, East Timor will have its first cardinal. This is an unforgettable way to cap off the 20th anniversary of independence for the tiny Catholic nation that suffered terribly from Indonesian occupation.

It is also a way of recognizing that even though it is small, East Timor is proportionately the most Catholic country in Asia, with around 98% Catholics. Which country comes next? Papua New Guinea, at just over 95%, and then the Philippines, with 90%, by far the largest Catholic country in Asia in absolute terms, which already has four cardinals. In fact, Asia is one of the continents that has benefitted most from Francis’ reshaping of the College, with 21 nominations out of a total of 121, six in this batch alone.

But there is more to these nominations than just giving a voice to the peripheries, as the Pope likes to call them. Take the case of Anthony Poola. During the August consistory, he became the sixth Indian cardinal, along with the Archbishop of Goa, but his case is also special because he is the first Dalit, or “untouchable,” ever to become a bishop. Many Dalits have converted to Christianity attracted by the fact that it is a religion that recognizes the inherent dignity of all, rich or poor, and the elevation of now Cardinal Poola will further cement this notion.

Another very interesting case comes from Africa, a continent that has seen 16 cardinals raised during Pope Francis’ pontificate, most of whom are from dioceses and countries that had never had that experience. The nomination of Bishop Peter Ebere Okpaleke, of the Diocese of Ekwulobia, is a message in itself.

In 2013 Bishop Peter was consecrated as bishop of Ahiara. However, he faced a very difficult situation because a large number of his priests rejected him, arguing that he did not belong to the region’s majority ethnic group. This case highlighted the problem with tribalism that still affects large parts of the African continent.

The Pope, at the time, did not budge, but the pressure on the ground continued, leading to his resignation in 2018. Two years later, Francis made him bishop of a new diocese and, four years after that, nominated him to the position of cardinal. He and Poola both embody the Biblical precept of the stone that the workers rejected, but which became the cornerstone.

One Class Fits All
So, what can be said of the theory that the first South American pontiff is “stacking the deck,” trying to make sure that his successor is a progressive? From this perspective, the theory doesn’t hold much water.

For starters, the accusation that the Pope is progressive is simplistic and requires a rigid black-and-white outlook on life that leaves out much nuance, but that is a discussion for another day.

Secondly, even though there are exceptions, bishops from very peripheral regions can usually be expected to be more conservative, rather than progressive. To think that the Pope is handpicking candidates who are both from obscure regions and still hold exactly the same opinions on all subjects as himself is so Machiavellian that not even his fiercest critics would deem it credible.

Yes, politics sometimes comes into play in these nominations–it would be surprising if it didn’t–but a more realistic outlook would focus on how the Catholics of Mongolia, less than 2000, will feel when the next conclave takes place and a missionary who knows their culture, hearts, and aspirations is in the running to be the Vicar of Christ on earth. The same goes for the Timorese, the Tongans, or the inhabitants of St. Lucia.

In fact, Pope Francis seems to be working towards a Church that is not divided into first and second-class tiers, and the College of Cardinals is increasingly reflecting that.