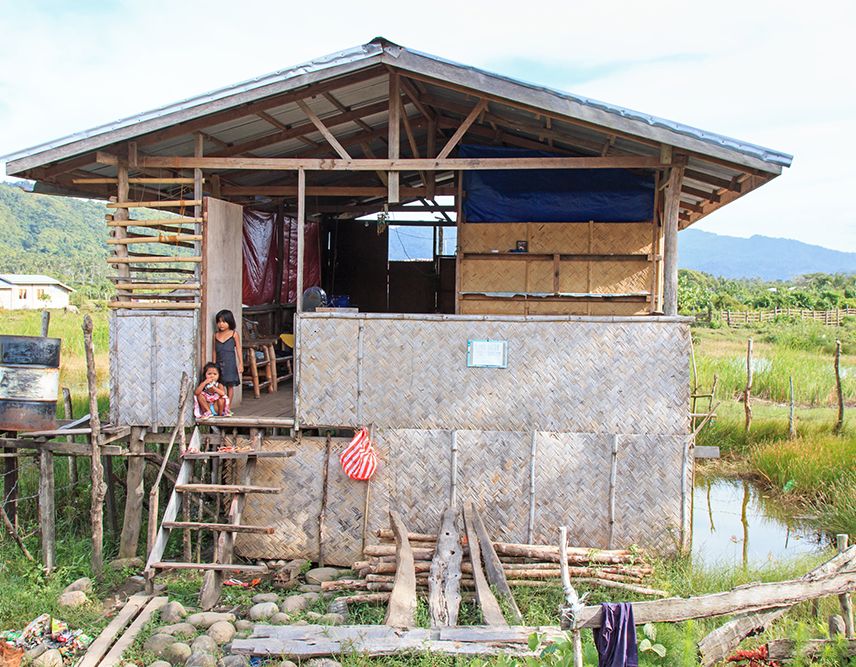 One Billion Bamboos for Climate Change

By Benigno B. Beltran | SVD

In response to Pope Francis’ call on “Care for our Common Home” and aligning with Sustainable Development Goals, the SVD congregation in the Philippines Central Province is planting 100,000 seedlings of bamboo. We are looking forward to setting an ambitious goal for planting one billion bamboos by 2030, collaborating with the local churches of parishes and dioceses in the Philippines.

Why bamboo? The first reason is climate change. Bamboo absorbs 35% more carbon dioxide than an ordinary tree. A hectare of bamboo absorbs 12 tons of carbon dioxide annually. Second, bamboo trees prevent erosion and flooding. One hectare of bamboo also absorbs 30,000 liters of water annually. And third, bamboo is helpful for livelihood. If we process the bamboo shoots, we can turn the bamboo poles into furniture and construction material.

The government estimates that if we plant a billion bamboos, this will result in 15 billion dollars of annual income. We believe that it’s even a conservative estimate. We think it will reach up to 25 billion dollars annually if we put the right factories in the right place and undertake massive bamboo planting.

Elementary, high school, and college graduates cannot graduate and receive their diplomas if they will not plant ten trees each. We have 28 million elementary school students. How many will graduate? And we have the college graduates as well. So we believe that it is doable. It’s possible to do it. It’s not an impossible dream to plant one billion bamboos in the Philippines.

If we can do this, the one billion bamboo plants will be able to absorb gigatons of greenhouse gases; prevent erosion, flooding, loss of lives and property; and give jobs to thousands of people. The government is already mobilizing.

They only need some help from the developed countries responsible for most greenhouse gases plaguing us now, especially in the Philippines.

The churches are also mobilizing. Seminarians in Mindanao, Cagayan De Oro, and Saint John Vianney Seminary are mobilizing their bishops. Archbishop Emeritus Antonio Ledesma, SJ, said he would talk to all the bishops so that their dioceses, especially those in Mindanao, would help in the bamboo advocacy.

As we have hope that we can do this, we would like to call on everyone to join us in the whole Philippines, even in the entire world.  Published in Vivat International

Reconciliation is mostly a relationship-building process grounded on a restorative approach to justice which includes forgiveness and commitment to living together in peace.

Intimate Letters – The Name and Addresses of the Virgin

Intimate letters addressed to the Virgin reveal human concerns, thanksgiving because of a special grace made through the Virgin of Fatima, or specific requests for the concrete life.

Why Did Jesus Suffer and Die?

The suffering and death of Jesus was the consequence of His radical Incarnation and insertion into the whole human condition, and of His deep desire to transform that human condition according to the…