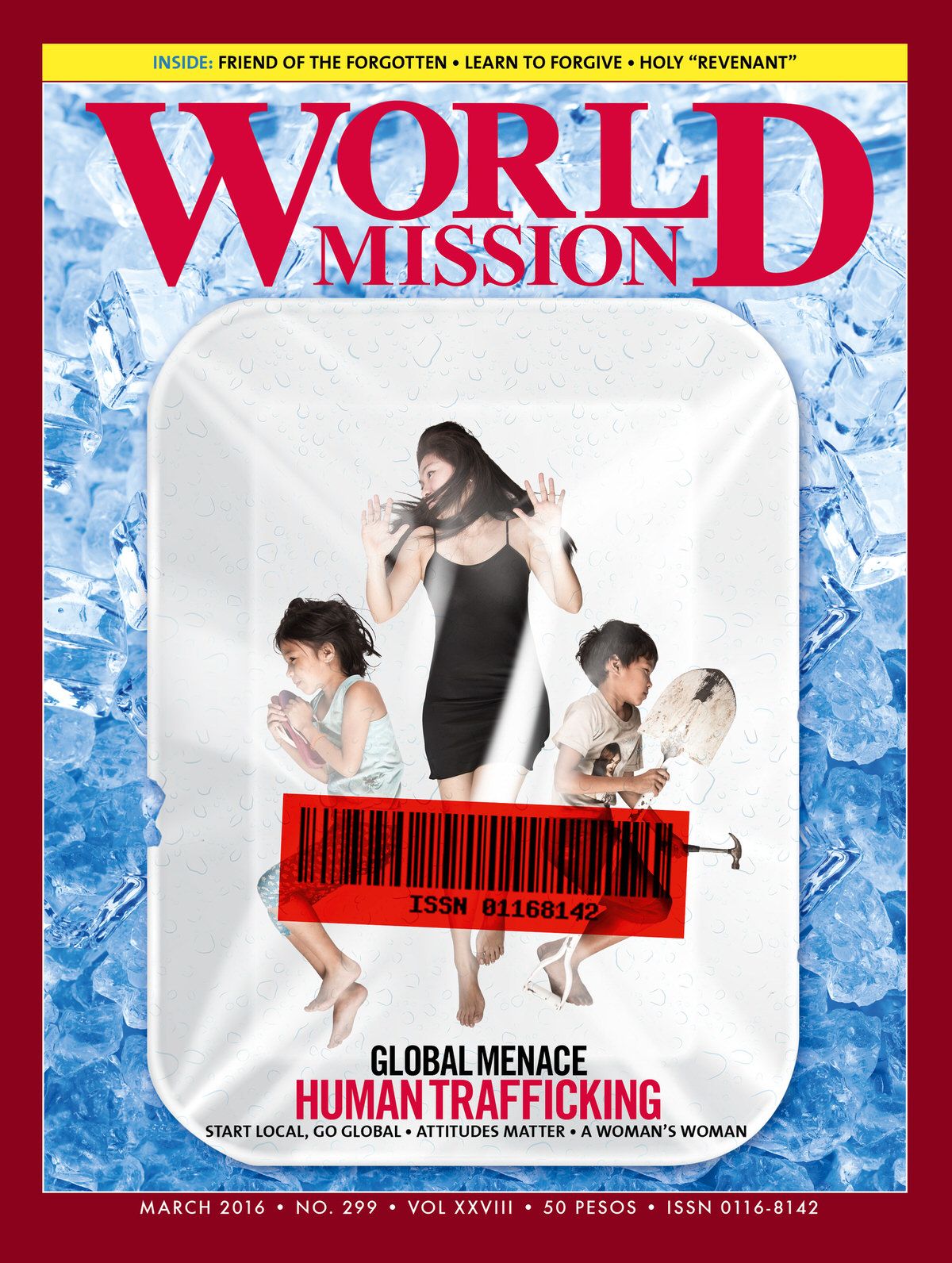 The real pandemic of our contemporary world is not only human trafficking but the dehumanization of our own values which allows for these shameless practices to pervade.

Presently, human trafficking is an undeniable worldwide pandemic that dehumanizes both the victims and the perpetrators. The victims are denied of their human rights and their dignity as they are reduced to mere objects of profit and pleasure; the traffickers lose their sense of feeling for other human beings, denying what is most basic to the existence of us all – our humanity.

Though statistics are not easy to attain due to the stigma attached to these realities, lack of reporting and registration of cases, the available numbers are disturbing. Around the world, there are 20 to 30 million people living in different kinds of slavery. According to the U.S. State Department, 600,000 to 800,000 people are trafficked across international borders every year, of which 80% are female and half are children. An appalling 26% of all modern slaves or 5.5 million are children under 18. They are used and abused in prostitution and pornography and in sweat shops. Some are being forced to become child soldiers. Putting these numbers in comparison with the 12.5 million Africans who were enslaved and taken to America during the transatlantic slave trade from 1525 to 1866, we may surmise that the millions of individuals who are presently victims of trafficking represent a lower percentage compared to the global population. Nonetheless, it is a shocking reality – there are more slaves today than at any point in human history.

Human trafficking is a fast-growing business, presently ranking as the third largest international crime industry. It reportedly generates a profit of $32 billion every year. Of this number, $15.5 billion is made in industrialized countries. Only guns and drugs are more lucrative criminal enterprises. American Keith Luse, an Asian political analyst and rights advocate, described human trafficking in Southeast Asia as an “economic whirlwind of substantial force” caused partly by the juxtaposition of extreme poverty with new opportunities for economic exploitation opened by globalization. This is largely facilitated by the widespread corruption at all levels of society and due to the laxity of our basic human and religious values which many have inherited but not assimilated as core values of their own lives. No wonder the statement of Manila’s Luis Antonio Cardinal Tagle, in his allocution during the 51st Eucharistic Congress in Cebu in January that “bribery and corruption were ‘unacceptable’ to Christianity,” raised many eyebrows. This is probably because we have become too used to having these corrupt practices cohabit with our own human values and faith practices.

The real pandemic of our contemporary world is not only human trafficking but the dehumanization of our own values which allows for these shameless practices to pervade. Someone recently confided in me: “it pains me to know that some of the graduates of our Catholic universities are now running bars that cater to prostitution, while law enforcers, who go to our churches to pray, protect rings of human exploitation and make big profit out of them.”

Where have our Christian values gone? Have we lost our humanity? Have our consciences turned dormant and, therefore, complacent with these heinous crimes? Have we become tight lipped for fear of defending the values and the faith we treasure in our hearts? Have we become an accomplice, in any way, to this dehumanizing pandemic?

A Lesson In Goodness

The important lesson to draw from this saga is to appreciate how a group of adolescents had the mental capacity to wait and be united in adversity in order to survive.

A hundred years after, Fatima continues to be relevant and a focus of spiritual renewal of the Church and the world, now more than ever, with the exemplary lives of two humble and saintly children who…

New Chapter of Catholicism In China

As a result of the "provisional agreement" in which seven excommunicated bishops are readmitted, all the bishops of China will be in full communion with the Bishop of Rome.