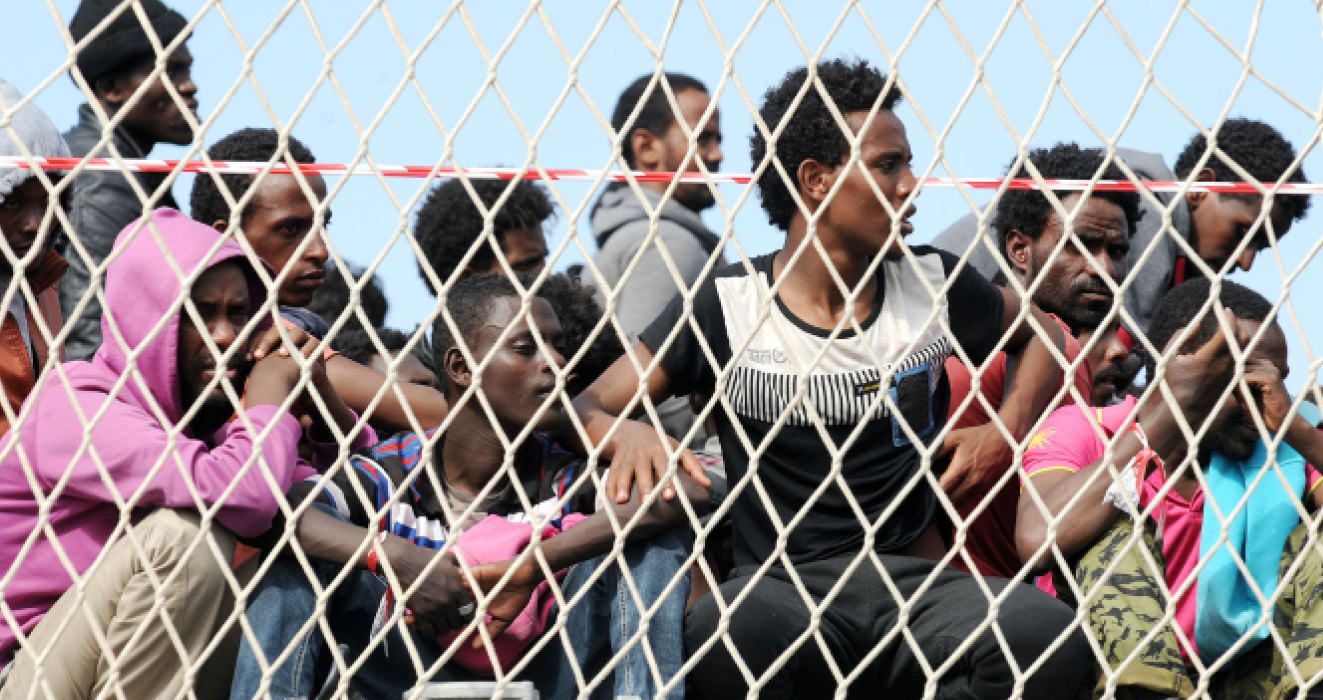 In Ireland, the discovery of a syndicate bringing impoverished young men and women into slave-like conditions in Romania has shocked police and the public. The human trafficking ring was centered in Letterkenny, County Donegal where a group of young men was being forced to work without salary and to sleep in dirty, unsanitary degrading conditions.

The victims are fearful for their families back in Romania who were under threat of retaliation by the trafficking mafia. The good news is, new legislation in Ireland will penalize the traders and those who use the victims. Men who sexually exploit girls and women forced into sex slavery will also be punished. We have been wrong to think that this crime against the poor, vulnerable people is committed only in the developing world and poor countries! It can be found anywhere.

The United Kingdom and the Philippines, for example, have a special challenge to stop trafficking. Some years ago, twelve Filipina women were found in Northern Ireland near Omaha controlled by a slave master who made them work in a factory without pay and held their passports. They were trapped. Fortunately, Angie, one of the women in the group, secretly kept a cellphone. One night, a group of men broke into the house to rape them. Angie called a Columban Father in Omaha whose number she had and they were rescued.

The British government realized the enormity and extent of the crime after 21 Chinese men, smuggled into Britain in a container van by traffickers, died by drowning in Morecambe Bay while picking cockles at low tide. They were caught by the fast incoming tide.

In the Philippines, the number of internally trafficked girls and minors is not exactly known but sex bars are thriving, full of young girls for sale. Many are minors, as discovered by Preda Foundation's social workers. Hundreds of Filipinas are trafficked to Korea under the E6 visa system as entertainers but most end up in the brothels around the Korean U.S. bases.

The rich countries of the North, the United States and the European community are prime destinations for people traffickers. There, they get a premium price for their human cargos. They see these poor as commercial property, as something they own and can sell. Much has not changed since the days of legalized slavery. The attitude, today, is similar to the thousands of slave owners in Europe and America in the past, who considered their slaves as human property to be bought and sold.

Kidnapping and using forced labor to get rich is a very common crime in Asia and sex slavery and trafficking of minors, in particular, is widespread in Cambodia, Thailand and the Philippines.

Hundreds of Thai men were recently rescued from an island in Indonesia where they were forced to work on fishing boats without pay. Many died in misery and anguish, away from their families. The fish products identified as being processed and sold into the markets of the United States and the EU should be banned.

Pope Francis, at the end of an interfaith meeting of heads of religions and police chiefs from around the world held in the Vatican in April 2014, declared human trafficking to be a crime against humanity. The sooner the United Nations declares the same, the better.

Economic globalization makes human trafficking easy for the corrupt to thrive but the globalization of justice is nowhere to be seen except at the International Criminal Court and tribunals in African countries bringing war criminals to trial.

We need to expand this process of justice and set up special courts with prosecutors and judges from different countries who will sit on each other’s benches and quickly judge the human trafficking cases. This sharing of the judicial process will stymie and prevent bribery and corruption. Specially-selected juries, with members noted for their honesty and integrity, are also a possible solution.

Justice and accountability for crime have to be the way forward to end this scourge against humanity, especially against the women and children most cruelly abused and exploited. There is hope and action to counter this evil but we all have to do our share to end it once and for all.

Living a Full Life by Dying and Rising

The true mark of Christian discipleship is offering oneself for the good of others, accepting the daily hardships as a sharing in Christ’s suffering. In the end, the followers of Jesus will experience…