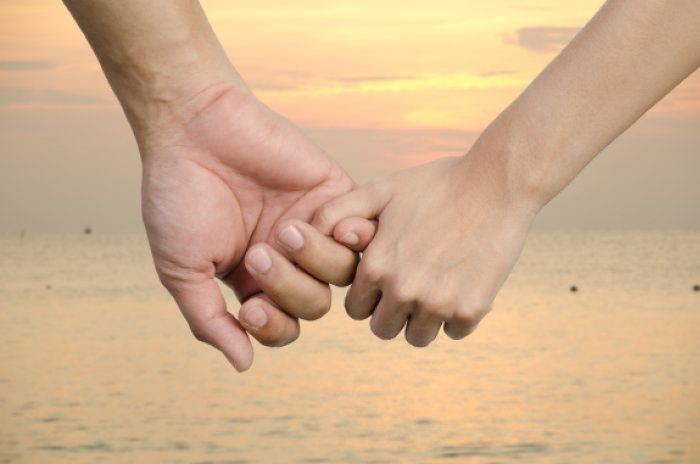 “Inner peace can be reached only when we practice forgiveness. Forgiveness is letting go of the past and is, therefore, the means for correcting our misperceptions.” – Gerald G. Jampolsky, author of Love Is Letting Go of Fear

The following happened during the American Revolution.

General George Washington, who would later become the first U.S. president, had a good friend, Patrick, a minister. Patrick had an enemy named 'Robert,' who did everything he could to abuse and oppose the minister.

After some years, 'Robert' was arrested for treason and sentenced to death. When Patrick heard of it, he walked almost 50 kilometers to the capital to plead for the man’s life. But Washington said, “No, I cannot grant you the life of your friend.”

“Who said that man is my friend?” Patrick asked. “He is the bitterest enemy I have.”

Washington was completely surprised. “You mean you had to walk almost 50 kilometers to save the life of an enemy?” he asked. “That puts the matter in a different light. I hereby grant him pardon.”

“Always forgive, but never forget, or else you will be a prisoner of your own hatred, and doomed to repeat your mistakes forever,” wrote Wil Zeus in Sun Beyond the Clouds. Bree Despain, in The Dark Divine, penned: “We don’t forgive people because they deserve it. We forgive them because they need it – and because we need it.”

Corrie Ten Boom once said: “Forgiveness is the key that unlocks the door of resentment and the handcuffs of hatred. It is a power that breaks the chains of bitterness and the shackles of selfishness.” This statement, which came from Clippings from My Notebook, reminded me of one of the anecdotes contained in 1000 Stories You Can Use by Frank Mihalic. It goes this way:

During the Vatican Council, the Time magazine reporter, Bob Piser, had been very hard in his criticism of Cardinal Ottaviani, whom he regarded as the archenemy of progressive Catholicism. He became Bob’s scapegoat for anything archaic and old-fashioned in the Church.

Just before the second session of the Council, Bob got to Rome a week early and wanted to have an interview with Ottaviani. So he announced himself and stated his wish, and the American Monsignor, who was Ottaviani’s secretary, told him, “The nerve of you asking for an interview after all the nasty things you have written about the Cardinal. But, okay, I’ll go through the motions and ask, but you know what you can expect…”

He asked, and the Cardinal said in Italian, “Call him in.”

So Bob Piser was ushered into the tapestry-hung waiting room. In came Ottaviani, shook hands with Bob, and the Monsignor translated his words: “Mr. Piser you have written many things about me. I just wanted you to know that many of them are not true. Now, what can I do for you?”

“Grudges are for those who insist that they are owed something;” wrote Criss Jami in Salomé: In Every Inch, In Every Mile, “forgiveness, however, is for those who are substantial enough to move on.”

During the Civil War in the United States, Abraham Lincoln had occasion, at an official reception, to refer to the Southerners as erring human beings rather than as foes to be exterminated.

An elderly lady, a fiery patriot, rebuked him for speaking kindly of his enemies when he ought to be thinking of destroying them.

“Why, Madam,” Lincoln told her, “do I not destroy my enemies when I make them my friends?”

Lance Morrow, author of The Chief: A Memoir of Fathers and Sons, reminded: “Not to forgive is to be imprisoned by the past, by old grievances that do not permit life to proceed with new business. Not to forgive is to yield oneself to another’s control... to be locked into a sequence of act and response, of outrage and revenge, tit for tat, escalating always. The present is endlessly overwhelmed and devoured by the past. Forgiveness frees the forgiver. It extracts the forgiver from someone else’s nightmare.”

Here’s what Wm. Paul Young, in The Shack, wrote: “Forgiveness is not about forgetting. It is about letting go of another person’s throat. Forgiveness does not create a relationship. Unless people speak the truth about what they have done and change their mind and behavior, a relationship of trust is not possible. When you forgive someone, you certainly release him from judgment, but without true change, no real relationship can be established.”

“Forgiveness, in no way, requires that you trust the one you forgive,” Young further wrote. “But should they finally confess and repent, you will discover a miracle in your own heart that allows you to reach out and begin to build between you a bridge of reconciliation.

“Forgiveness does not excuse anything. You may have to declare your forgiveness a hundred times the first day and the second day, but the third day will be less and each day after, until one day you will realize that you have forgiven completely.”

Jesus Christ is “the ultimate symbol of forgiveness,” to quote the words of best-selling author Laurie Beth Jones. In Jesus, CEO: Using Ancient Wisdom for Visionary Leadership, she wrote: “Forgiveness is like oil in an engine. It keeps the wheels moving. Forgiveness is like gravity… invisible in its power yet profound in its effects.”

According to Ms. Jones, Jesus “kept on believing in His staff. He kept on giving them chances. He had a true sense of ‘try, try again.’ He always gave people another chance.”

Remember Peter, who pledged eternal faithfulness to Jesus and yet he denied Him three times? “It must have been difficult for Jesus to forgive, yet He appeared to Peter and forgave him, asking him to show his love now by ‘feeding His sheep.’”

Pauline Jaricot, an Example for Today

Foundress of the Society for the Propagation of the Faith, Pauline Jaricot, will be beatified in May within the context of several anniversaries related to the missionary world. Her contribution was…

Change has come and the Church in Asia is gradually overcoming the shortage of priests. Bangladesh, Indonesia, Vietnam, and South Korea are witnessing a flourishing in vocations and seminaries with a…