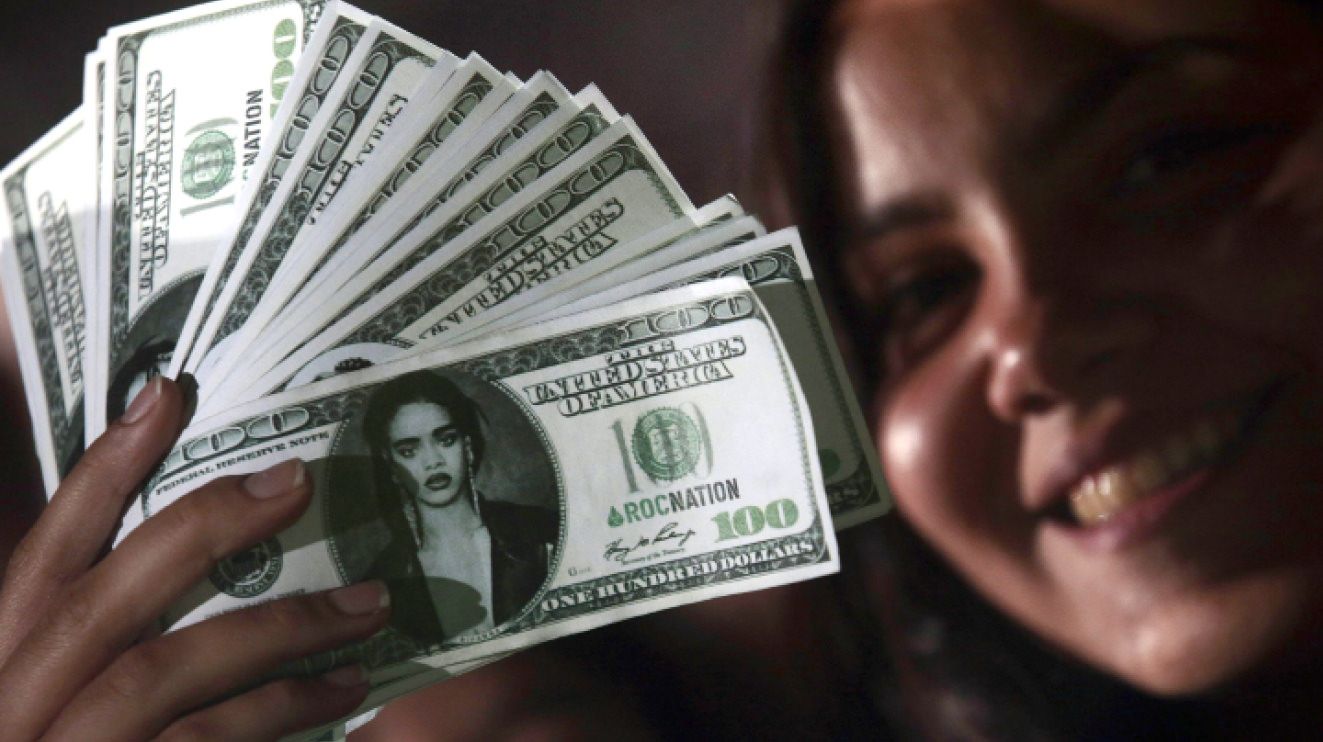 Human trafficking is a global menace that international policy-making and cause-oriented organizations have long been trying to address. While some progress is being made at the international level, through the formation of commissions and watchdogs, efforts to curb trafficking at the local level are still wanting. Impediments are often tied to local regulations (or the lack of them) and, sometimes, to culturally-driven fear. It is, therefore, at the grassroots level that efforts should be focused to stop trafficking. Even among ourselves, through our own little way, we can stop this menace from spreading.

Joy was given her name by her parents because they were happy to have her as their first child. She and her family lived in a small village in the southwest of Nigeria. But when she was 15 years old, poverty brought the family down. Joy left school and tried to support her family by selling vegetables in the market, but did not earn much. As she was desperate, a neighbor offered her a job in her sister’s hair dressing salon in Italy. There, she would be able to earn 1,000 Euros a month and, thus, improve the situation of her family. Joy felt hope again. Although she was afraid of living alone and far away, she agreed to take the job. Her parents consented and everything was arranged for her to travel to Italy. But little did Joy know that she was to become a victim of human trafficking, and that the neighbor and her partners were going to make a lot of money out of her – at her own expense.

Human trafficking is an “attractive” crime because it offers traffickers the chance to make a lot of money by exploiting others, principally women and young girls, with a very low risk of being caught by the police.

The United Nations (U.N.) defined human trafficking as “the recruitment, transportation, transfer, harboring or receipt of persons by means of threat or use of force or other forms of coercion, of abduction, of fraud, of deception, of the abuse of power or of a position of vulnerability or of the giving or receiving of payments or benefits to achieve the consent of a person having control over another person for the purpose of exploitation. Exploitation shall include, at a minimum, the exploitation of the prostitution of others or other forms of sexual exploitation, forced labor or services, slavery or practices similar to slavery, servitude or the removal of organs... The consent of a victim of trafficking in persons to the intended exploitation set forth [above] shall be irrelevant where any of the means set forth [above] have been used.”

Joy agreed to travel to Italy, not realizing she was being cheated. Before leaving Nigeria, she had to undergo certain rites at a shrine. She had to take an oath that she was going to obey and do whatever she would be asked and that she would never mention the names of any of those involved in her journey. A traditional 'priest' took blood, hair and fingernails from her and put them into a package which he kept. Through this, he had the spiritual power to control her. If she were to break her oath, Joy or her family could be harmed, injured or killed. Joy was terrified by the rituals.

Different people brought Joy in buses and lorries to the north of Nigeria, then through Niger and the Sahara to Libya and onwards by boat to Italy. The journey took one year and was a nightmare. She was raped. But she wanted to survive the trip through the desert and the Mediterranean Sea. Once she arrived in Italy, she was brought to a lady who was presented to her as her 'Madame.' This is the name of the chief trafficker. In the case of Nigeria, it is usually women who often have been the victim of trafficking themselves. This 'Madame' plays a double role for the girls: on the one hand, she is like a mother to them, the only person they know in a new and foreign city, the one who gives them food and shelter. On the other hand, she is the one exploiting them. Joy lived with four other Nigerian women in an apartment. When she asked about her job in the salon, they laughed at her. Three days after her arrival, she was sent out to the streets for prostitution. The other ladies taught her how to conduct her business. She was told that she had to pay back 60,000 Euro to the 'Madame' for the costs of her trip to Europe.

Joy´s suffering continued for three long years. The 'Madame' mistreated her, demeaned her, and beat her. The clients used her for their amusement. One client injured her with a knife. She thought of running away several times, but where was she to go? She knew nobody in Europe, and she did not speak the language. And she was terrified of the oath. She knew she was obliged to pay the 60,000 Euro, otherwise, the spiritual power could kill her or her family.

When Joy became pregnant, the 'Madame' told her that she would take her baby. Joy planned her escape. She kept some of the money she earned, ran to a train station and travelled to Germany. When she arrived, she applied for asylum and was brought to a camp for asylum seekers.

After some months, a social worker brought Joy into contact with a specialized counseling center for victims of human trafficking. It was the first time that she told her real story. She was relieved to share her sufferings – and, at the same time, she was afraid because she broke the oath. She gave birth to a healthy baby boy. The counselors supported her and transferred her to trauma therapy, medical care and German language classes. They also informed her about her rights and induced the necessary steps in the asylum process. The first important measure was to prevent her deportation to Italy because, according to the European system, her asylum would have to be scrutinized there.

After waiting for long four years, Joy was granted the right to stay in Germany. The counseling center continues to support her in order to find professional training and to help her manage her life. For the first time after so many years, she can live without fear. But it also pains her that she cannot travel back to her family – the network of traffickers could find her again.

Human trafficking is a global phenomenon. According to the International Labor Organization, almost 21 million people are victims of forced labor – 11.4 million women and girls, 9.5 million men and boys. Almost 19 million victims are exploited by private individuals or enterprises and over 2 million by state or rebel groups. Of those exploited by individuals or enterprises, 4.5 million are victims of forced sexual exploitation. Forced labor in the private economy generates US$ 150 billion in illegal profits per year. Domestic work, agriculture, construction, manufacturing and entertainment are among the sectors most concerned. Migrant workers and indigenous people are particularly vulnerable to human trafficking because of poverty, an urgent need to find a job, the lack of education and an absence of security. Taking them to a foreign country makes it easier to exploit them because they are helpless there. Initially, they do not know the language, adding to their isolation. They do not know where and how to find help, and the traffickers use control, power and violence to keep them in captivity. Although they might not be locked into a house physically, they are bonded, like Joy was.

There are different routes for trafficking. For example, for sexual exploitation, women are trafficked from Nigeria to Italy and other West or Middle European countries, from Eastern Europe to Russia, Turkey or Cyprus. Women from Indonesia are trafficked to Singapore or from Kenya to Saudi Arabia as domestic workers where they are treated like slaves. Some countries are, at the same time, countries of departure, transit and destination. But also within a country, there is trafficking from the countryside to the cities or the tourist areas – such as in Thailand.

Forced labor happens mainly in jobs that are hazardous or where it is difficult to find local workers. Especially in many Asian countries, the system of bondage and servitude exists in mining. Begging is also a lucrative business. Worldwide, men, women and children are cheated with the promise of a good job before they are transferred to a “center” where they are mutilated and then forced to beg. They are totally controlled and have to “earn” a fixed amount of money per day or per week which they then have to give to their traffickers in full.

Joy managed to flee and start a new life. Many others don´t. Often, human trafficking is not prosecuted by the police and the courts. In many countries, the laws are either not adequate or applied. As the profit of human trafficking is high, corruption is an easy means of buying immunity. Therefore, more efforts need to be done internationally in order to combat human trafficking.

For example, some United Nations mechanisms can be used to assist the process of countering the trafficking in persons. The U.N. Commission on Human Rights adopted a decision to appoint a Special Rapporteur on human trafficking, especially women and children, in 2004. The focus was on the human rights of the victims of trafficking. The Commission also invited the Special Rapporteur to submit annual reports to the Commission along with recommendations on measures required to uphold and protect the human rights of the victims. The Economic and Social Council also endorsed the decision of the Commission.

In her most recent statement to the General Assembly of the United Nations, she said: “I am convinced that a new phase of anti-trafficking commitment is needed. I don’t mean that we need to create new laws and regulations. I mean, however, that we need an innovative and forward-looking approach for the implementation of existing obligations.”

In addition to the U.N., churches and faith communities are active in efforts to combat this terrible crime. In December 2014, Pope Francis, together with other faith leaders, made a joint declaration against slavery on the International Day for the Abolition of Slavery. In the declaration, Pope Francis, along with eminent Orthodox, Anglican, Jewish, Muslim, Buddhist and Hindu representatives, pledged “to do all in our power, within our faith communities and beyond, to work together for the freedom of all those who are enslaved and trafficked so that their future may be restored.

Today, we have the opportunity, awareness, wisdom, innovation and technology to achieve this human and moral imperative.”

Politics Of Openness And Love

Since politics impact all dimensions of life, then faith and politics cannot be imagined as divorced from each other. The faithful are invited to strive for an integration of the life of faith with…