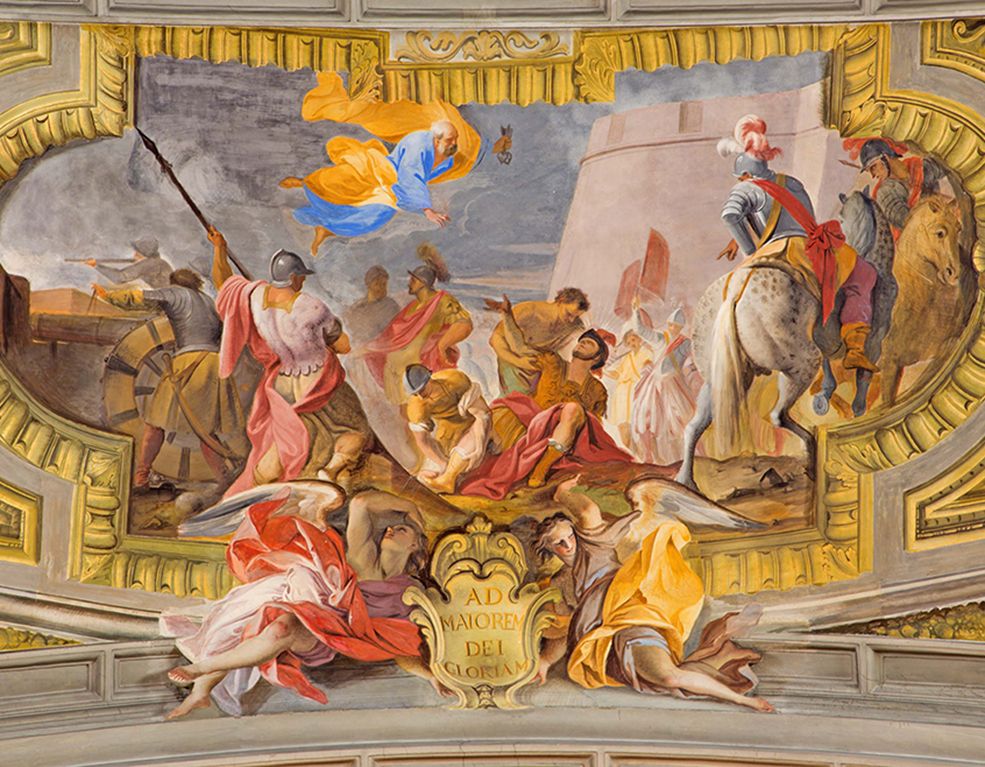 St. Ignatius was a man of action, not an intellectual. His writings are few and marked by practical purposes. Only the book of the Spiritual Exercises which is actually a handbook for directors, his many letters to his Jesuits sons, and the Jesuit Constitutions make up his whole production.

That is why his autobiography, which is made up of the memories the aged Ignatius shared with his secretary Fr. Louis Gonzalez, is of utmost importance. This short collection of reminiscences of his youth and conversion story contains the seminal pattern of the whole Ignatian spirituality.

For The Glory Of God
The origin of the prolonged interview which lasted for about two years, is explained by Fr. Louis in the preface of the Autobiography: “In the year 1553, one Friday morning, August 4, the eve of the feast of Our Lady of the Snows, while St. Ignatius was in the garden, I began to give him an account of my soul, and, among other things, I spoke to him of how I was tempted by vainglory.”

The spiritual advice he gave me was this: “Refer everything that you do to God and thank Him for it.”  The advice given to me on this occasion was so consoling to me that I could not refrain from tears. St. Ignatius then related to me that for two years he had struggled against vainglory.

An hour or two later we went to dinner, and, while Master Polancus and I were dining with him, St. Ignatius said that many of the Society had often asked him to give a narrative of his life, but he had never as yet decided to do so. On this occasion, however, after I had spoken to him, he reflected upon it alone. He was favorably inclined toward it. From the way he spoke, it was evident God had enlightened him to apply to himself the advice he had given to me and to give glory to God.

At that time St. Ignatius was in feeble health. Fr. Louis jotted down the conversations in Spanish and then produced a fair copy in Latin. It is titled: “The Pilgrim’s Journey.” It gives an insight into the spiritual life of Saint Ignatius. Few works in ascetical literature, except the writings of Saint Teresa of Avila and Saint Augustine, impart such knowledge of the soul. The following year 1556, Saint Ignatius died.

A Practical Man
Saint Ignatius of Loyola was a man who saw above and beyond his century, a man of vision and calm hope who could step comfortably into our era and the Church of our time and show us how to draw closer to Christ. Ignatius’ autobiography spans eighteen very important years of this saint’s 65-year life, from his conversion to his university studies and his journey to Rome in order to place his followers and himself at the disposal of the Pope.

These critical years reveal the incredible transformation and spiritual growth in the soul of a great saint and the events that helped to bring about that change in his life. Saint Ignatius was a pragmatic man in all things and initially steeped in his own desire for vainglory. His quest for success and personal glory led to his near-fatal injury at the battle of Pamplona (1521) which in turn led to his conversion and then his setting aside his quest of glory in order to seek the greater glory of God.

During his convalescence, he received the gift of discernment and developed his ability to understand the value and core of his thoughts and desires, to distinguish the “goodness” or “badness” of any impulse or action. His gift of discernment let him garner a direction from God and the resulting Spiritual Exercises became a catalyst for driving faith home for countless numbers of souls over the next five hundred years.

Experiential Knowledge
After discerning God’s will for himself, he resolutely set out to do it. He amended his life, left his military career, returned to school, gathered his friends together, and put himself at the disposal of God and the Pope. He organized, led, and inspired what he called his “least” Society of Jesus.

Even though it was often interpreted in rigid ways, authentic Ignatian spirituality is marked by his typical reference for flexibility. His is a spirituality of discernment of choices, both everyday and lifelong. His advice is to find “whatever is most helpful and fruitful.” In our response lies our growth and freedom.

We always think of the saints as “perfect people” but really their stories tell us how they struggled with their imperfections to follow their faith. We all have that opportunity and Saint Ignatius worked hard to share ways we can follow in bringing our own faith to fulfillment.

An Original Point of Departure

The universal salvation history as it emerges from the Bible is fulfilled in each person’s discovery of God’s personal love expressed in his Law. This is Ignatius’ Principle and Foundation which makes…