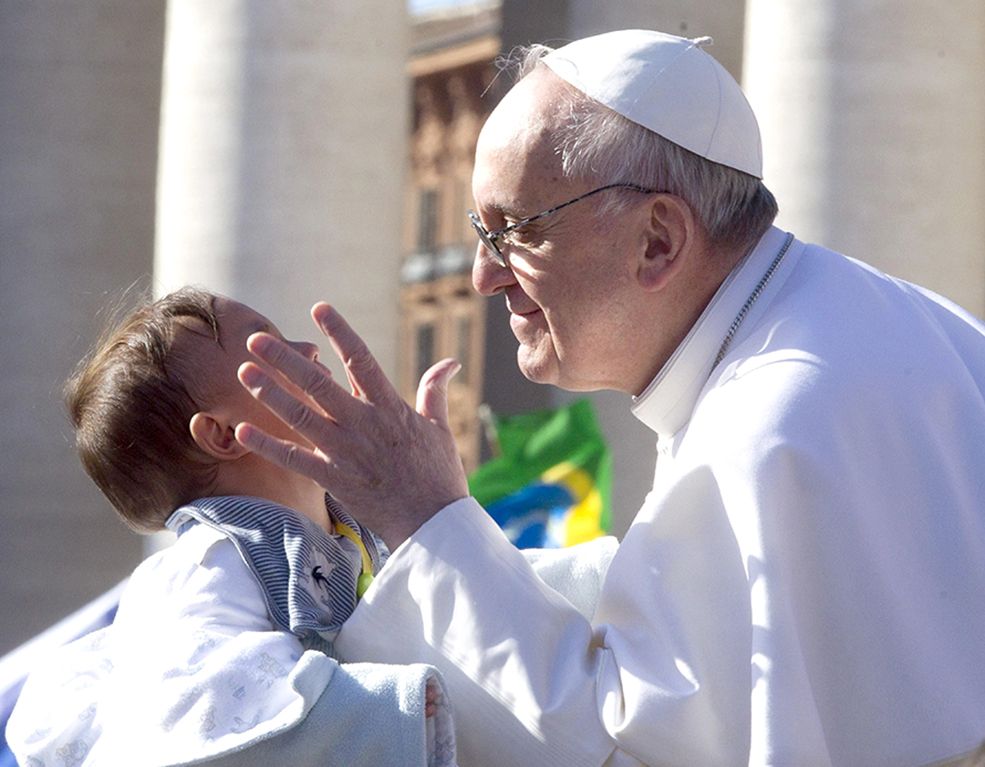 Seven Fun Facts About The Pope

Does the pope have an annual salary? Why does the pope wear white? The papacy is fascinating to many people and mysterious to others. Here is a brief list of seven fun facts about the pope that help explain the papacy and its traditions.

1. Why does the pope wear white?–Pius V did not wish to give up the habit of St. Dominic de Guzman that marked him as a member of the Order of Preachers. The distinctive white robes have since become standard papal apparel.

2. History behind red and black papal shoes–Pope Francis initially chose to wear the red shoes only indoors and opted for the black outdoor shoes he has always worn–and with which he used to the Vatican–as a sign of humility and austerity.

3. Why the pope wears a “pointed” hat–The more prominent hat that bishops wear is the miter and denotes the authority of the bishop.

4. History of the zucchetto, the white hat the pope always wears–Literally translated to “little pumpkin” from Italian, the zucchetto’s original version was a felt skullcap known as the pileolus, meant to keep clerics’ heads warm in the cold.

5. Does the pope have an annual salary?–In 2001 there were rumors that St. John Paul II made a decent salary, but the New York Times reported, “Vatican spokesman, Joaquín Navarro-Valls, ended speculation about the pope’s salary, saying, ‘The pope does not and has never received a salary.’”

6. Here are 10 official titles of the pope and their meaning– Holy Father (“father” of the Church), Pontifex Maximus (“bridge builder”), Summus Pontifex (“highest priest”), Supreme Pontiff (“highest priest”), Servant of the Servants of God (servant to the people of God), Vicar of Christ (the one who rules in the place of Christ), Sovereign of the Vatican City State (leader of the Vatican City State), Bishop of Rome (local bishop of the city of Rome), Primate of Italy (primary leader of the Church in Italy), His Holiness (title most commonly used when addressing the pope)