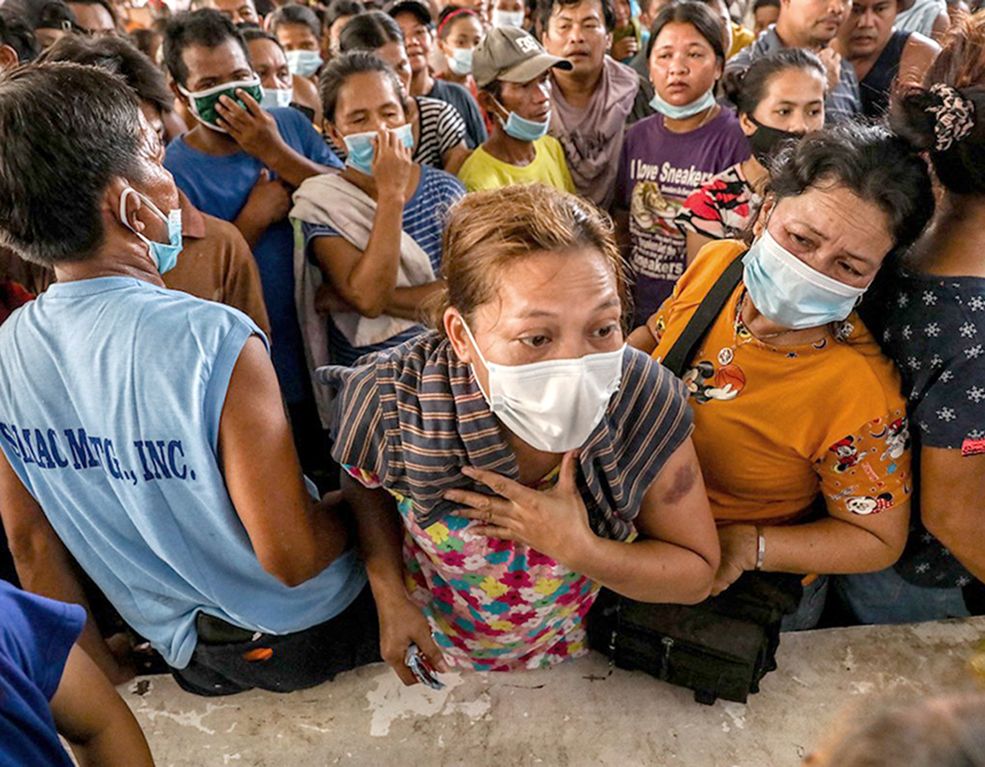 It has been proven time and again how climate impacts women more disproportionately than men. They are more vulnerable. Whether it be lack of education, displacement, food insecurity, and lack of economic access, women always face a greater challenge.

I had the opportunity to share about women and climate in the recently held global climate change summit (known as COP26) side event through Climate Café at Glasgow Kelvin College. I largely recalled my experience a few years ago, working in a large-scale Haiyan Recovery Program, covering Housing, Health and Sanitation, Livelihood, Education, and Disaster Risk Reduction, in the Philippines.

The program spanned seven municipalities on the island of Panay. Leading the performance and accountability team, I have seen firsthand what challenges some women had to go through to access support. But that is only the tip of the iceberg of women’s problems relating to climate change.

I live in the doorway to the Pacific. We are surrounded by naturally warm waters that make our islands a tropical paradise. But we are also in danger of the impacts of greater oceanic warming with the rise of sea-surface temperatures. As the planet’s average temperature continues to rise, more heat is released into the atmosphere, creating more frequent and violent storms. The Philippines is right at the cyclone tracks coming from the Pacific.

20 Typhoons Per Year
I read the Global Climate Risk Index for 2021 published by Germanwatch. What I saw saddened me, but did not surprise me because for years, the Philippines has not left the top five of any rankings for climate vulnerability.

From 2000 to 2019 in the long-term climate risk index, the Philippines is 4th in the overall ranking. It also has the highest number of events within this period at 317. To understand how staggering that number is, the closest second is Nepal, with 191. We are also the 4th in terms of loss of millions within that 20-year period.

For us, these typhoons are a continuous threat. A lot of times our communities are still recovering from the previous year’s impacts when another strong typhoon arrives. Just a few of the most destructive in the last decade are Bopha/Pablo in 2012, Haiyan/Yolanda in 2013, Mangkhut/Ompong in 2018, and Kammuri/Tisoy in 2019.

As a developing country, we are already beset with socio-economic problems, which are exacerbated by climate change impacts to agriculture, business, property, and of course lives. A major typhoon could cost the country 2% of its GDP, with another 2% lost for rebuilding and recovery. It’s a cycle that greatly affects those who are already vulnerable, from the rural or remote areas, the poor, the sick, the aged, the youth, the indigenous, and of course, women. Can you imagine being a woman while also being sick, poor, and the like?

Climate Sees No Gender
But it has been proven time and again how climate impacts women more disproportionately than men. Reports blandly call it differentiated impacts, almost sounding benign. But reality on the ground show social, economic, cultural, and even political divides that make women more vulnerable to climate change.

Existing inequities are amplified with the intensification of climate impacts. Whether it be lack of education, displacement, food insecurity and lack of economic access, women always face a greater challenge. And if you are familiar with the game Power Walk, you would understand why a woman is always one or more steps behind.

Whether it be in policy decision-making or making economic contribution to the family, women lag behind. They already form a large share of the country’s poor, so poor rural women who depend on local resources for food and livelihood are in great danger of facing even deeper poverty, hunger, and lack of access to resources when disasters strike.

Their physical vulnerability is not only because they are women, but also because they are the traditional carers of the disabled, the young, and the aged. So they don’t only need to protect themselves from the physical impacts of extreme weather events, they also have to ensure the safety of the family members they care for.

I can say in that in the Philippines, gender inequity is not as pronounced as it is in other countries like Africa, South and Southwest Asia. But I have seen time and again how women could suffer long after the disaster has gone.

I met women who couldn’t or wouldn’t take part in recovery programs for different reasons: they lack education and don’t feel that they belong in any study group or saving and loans group, they have children and domestic responsibilities, and they are afraid their husband won’t let them join, and they don’t feel like they deserve to be part of any program the government or NGOs offer because wala akong alam dyan, di yata ako pwede dyan e. (I don’t know anything about that. I don’t think I can join that)

I don’t have specific statistics, but I have talked to women in these situations. I have also seen how others were able to break some glass ceilings like being able to join recovery programs for women. They were assisted to have an identification card, and even savings/loan account from the community livelihood project wherein they can access capacity building, financial support, and technical assistance in setting up a home-based livelihood. Sustaining the gains could be an issue because even women who have been initially empowered might still feel they need to lie low to give way for family duties.

We do have Disaster Risk Reduction Funding (DRR funds) and the Peoples Survival Fund in local government budgets. We also have a Magna Carta for Women that ensures there is a Gender and Diversity budget of up to 5% of a local government’s budget to ensure women’s capability-building and projects.

To be able to use these resources well, sex-disaggregated data and gender analysis is crucial. Genuine bottom-up budgeting is also important. Adaptation, response, and recovery have to be relevant to women’s needs and they need to be part of projects as early as the design and development phase.

Becoming Active Players
In my experience, it is the participatory processes which become most meaningful for women. I have seen women’s lives positively impacted by recovery work that actually understand their needs, by listening to them and understanding their stories, and reviewing programs with them, to see how they will be better supported with what they need.

By making them active players in their own recovery, and providing relevant assistance and ensuring they have representation in decision-making, they can be empowered to make the impactful change in their lives. There are still a lot to be done, but ultimately, women have to be at the heart of a just transition.

I remember another woman from a small island benefitting from our recovery project. I couldn’t forget the sparkle in her eyes when she said that she was so happy because she never finished grade school, she never had a bank book before, not even an ID, but now she has both.

I realized that having those things was not just material validation for her, it meant that now she can take part in things she wasn’t able to take part in before. It meant that her life could change for the better. Licas.news

The situation in Myanmar is deteriorating day by day. The Burmese Sisters of Reparation, present in the country serving the local populations in the most remote villages, witness the daily suffering…