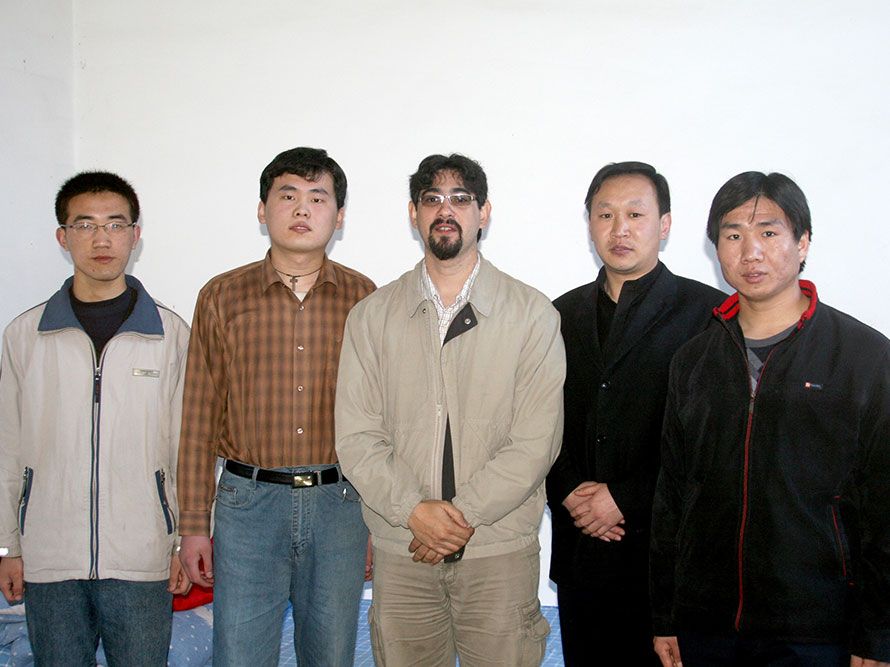 A Call To Missionary Life

Fr. Victor Mejia Dominguez hails from La Paz, Baja California Sur, Mexico. At the age of eight, he first felt the call to become a priest. His parish priest, Fr. Gonzalez, who had gone through formation with the Comboni Missionaries, was the first to offer Victor a taste of mission.

One Christmas, Fr. Gonzalez took his altar boys on a mission trip to one of the many small islands in Baja to visit some local families in a small fishing island. Bringing clothes and toys, each altar boy stayed with a family for a week. Victor remembers how excited he was to go on that mission trip - giving up his own presents and Christmas with his family.

Victor stayed with an adoptive family who treated him as their own. This was a great experience for him and one that he remembers very clearly.

There, a girl asked him: “Why are you here?” He responded: “I don’t know exactly but my friend is Jesus,” to which the young girl said, “Jesus is my friend, too.” Those few words started a lifelong friendship.

During his time in the island, Victor realized that he had not thought about his own family, and recognized the love and feeling of belonging to another family other than his own. In those early days, he had no idea what it meant to be a priest but he knew in his heart that he wanted to become a missionary.

Fr. Victor said the most important thing is to know Jesus, and to know others who also know and love Jesus, not to force or coerce others to know Him.

After returning from the mission trip, his mother and grandmother helped Victor to become more involved with their parish. He reflected on how God puts people and circumstances in our lives to help us through our life journey. His grandmother was instrumental in helping him find his way to fulfill his calling to the priesthood.

During his teenage years, he worked with the youth as a leader and peer. He learned the necessary social skills to work with people. This helped him move to the next phase of his life. At 18 years old, he made the decision to become a Comboni missionary.

It was there that an old priest gave him some sound advice that really helped him. The priest said, “If you are really serious to be a missionary, I suggest that you stay home until you finish high school because, for many years, you will not see your parents or your relatives.

After high school, Victor left La Paz to go to Mexico City to join the Comboni Missionaries for his studies. Mexico City was his first experience in a big city and that helped him to have “an open heart and an open mind.” Once his studies in Mexico were completed, Victor was sent to Rome for four years of theology. Afterwards, he returned to Mexico and was ordained on August 19, 2000.

His first assignment was China. But before that, Fr. Victor stayed a year in England to study English, then five years in Taiwan to study Chinese Mandarin. He spent four years helping at a local parish to further his education and familiarity with the culture which is so different from his own. He said it was a big challenge because their way of thinking, solving problems and doing things is much harder to understand than the language.

Fr. Victor leaves a message for the youth: “Don’t be afraid, follow your heart, your dreams, trust in God and know that Jesus is with you.”

Smell the Scent of the Flowers!

A few years ago, two Comboni Missionaries, Fr. Joseph and Fr. Stefano, went to Damascus to study Arabic before going to work in Sudan. After leaving their luggage at the Armenian Patriarchate, they…

A True Missionary and the Good Wine

As is my custom or my defect in writing, rather than follow a preconceived order, I let myself be attracted by the association of ideas.